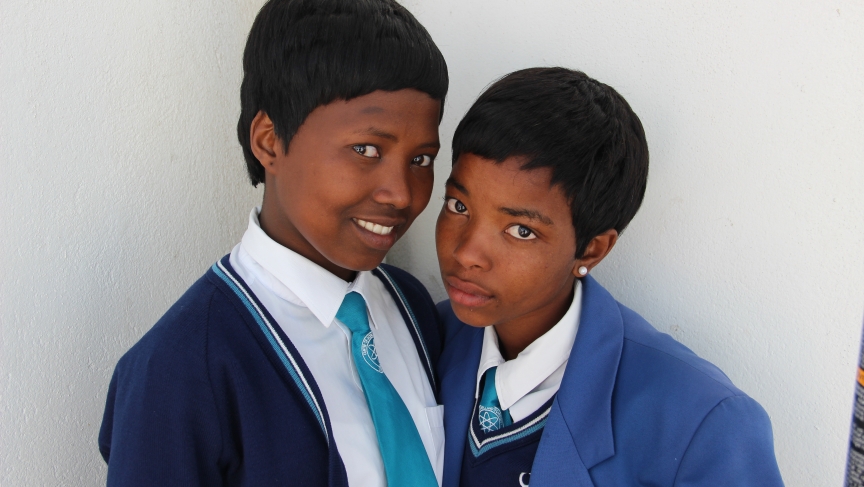 Last Friday was a big day at the Centre of Science and Technology (COSAT), the public high school in Cape Town that I’ve been following this year. It was the last official day of classes for seniors. They will now spend the next one-and-a-half months taking final exams. They officially graduate in January.

In the morning, I bumped into Lusanda and Buhle in the school courtyard. They're two seniors who are almost always together, and are usually laughing and smiling. But, on this day, they looked somber. I asked how they were feeling.

“I’m kind of happy, but a lot more nervous and sad,” Buhle said.

I asked why she was nervous and sad, and she said was scared about leaving COSAT and moving on to a university.

At first, I figured she was experiencing what every high school senior feels – anxiety about the future, and about change. But as she told me more about her background, I realized why she was so anxious. Like many of her peers, Buhle grew up in difficult circimstances. She never knew her father, and she lives in a small shack with her twin sister, Bahle, and her mother, who works full-time and makes very little money.

“[Here at COSAT], I have so many mothers and fathers – people you can share your feelings with,” Buhle said. “Every teacher knows everything about every student, their background. At university, there’s going to be no lecturer asking what did I eat this morning.”

She said COSAT’s structured environment – with its long hours, emphasis on discipline and hard work, and teachers who hold students accountable – would not exist at college, and that worried her.

Lusanda was also uneasy about leaving the security of the school. She said she often doesn’t have enough money to pay for a bus ride home, but that never worries her.

“I know that I will go home safely,” Lusanda said. “Because I know there will be a teacher taking me home, or giving me money to go back home.”

She said she also relies on the school’s free lunches – something she won’t have next year.

Both girls said they hoped they would carry the principles that COSAT had instilled in them into the real world.

“I have the values that [school principal] Mrs. Cooper taught us - the love, the perseverance, the trust. It’s still inside of me,” Bahle said.

Lusanda agreed. “We will remain what COSAT made us,” she said. "We will always be COSAT students."