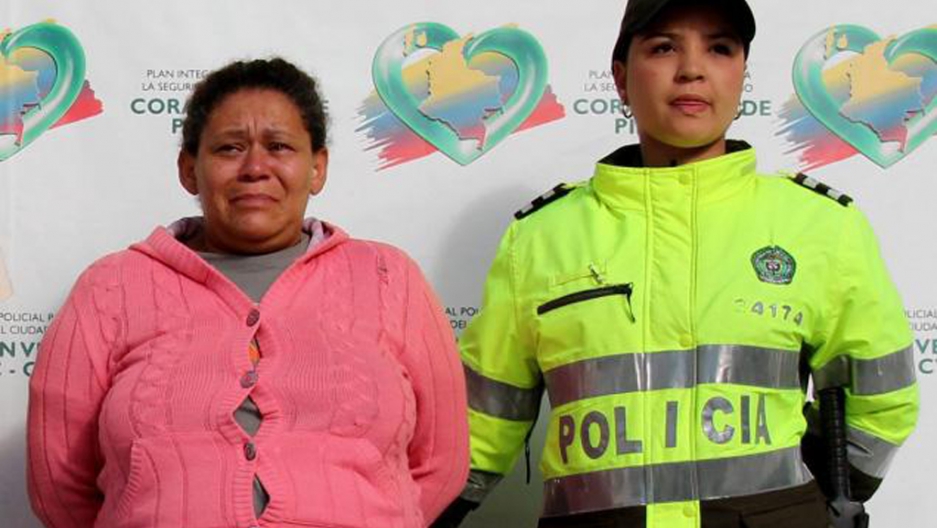 Colombian Margarita de Jesus Zapata Moreno, 45, is accused of selling the virginity of her 12 daughters for $200 a piece to make ends meet.
Credit: National Police of Colombia
Share

A Colombian mother is accused of selling the virginity of her 12 daughters for about $200 a piece to make ends meet.

Margarita de Jesus Zapata Moreno, 45, was arrested this week along with a 51-year-old contractor accused of impregnating one of the young girls, Colombia's RCN Radio reported.

More from GlobalPost: Is Colombia winning the drug war?

Police in Bogota uncovered the alleged sex trafficking after the 14-year-old girl refused to get an abortion and reported the pair to authorities.

"Being a minor, she was brave to come forward and to reject and avoid an abortion," Bogota police Col. Carlos Menendez told CNN. "That's where the investigation started."

According to police, Zapata Moreno began prostituting her daughters when they turned 12, offering men who had a “favorable financial situation” about $200 per minor.

She has 13 daughters. Only the youngest -- at 9 years old -- escaped the abuse, police said. She also has one son.

Police said Zapata Moreno plied the girls with drugs and alcohol to get them to comply. Many of them now use drugs and live on the streets as prostitutes, police told CNN.

Zapata Moreno and the contractor, Tito Cornelio Daza, both deny the accusations.

They have been charged with carnal abuse of a minor and enforcement of prostitution and face up to 25 years in prison, El Tiempo reported.

Police are now searching for other men who may have been with the girls, QMI reported.