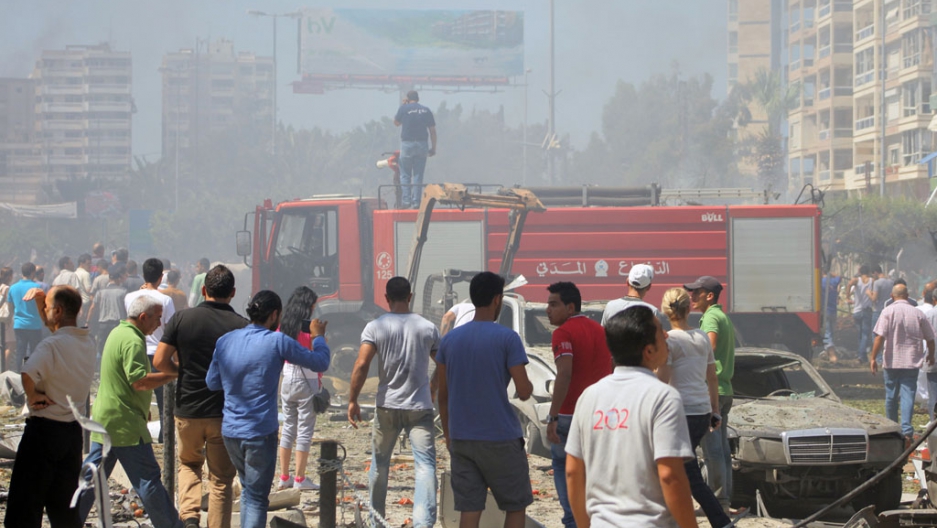 People stand outside al-Salam mosque, near the house of former Lebanese police chief Ashraf Rifi, at the site of a powerful explosion in Tripoli, Lebanon, on August 23, 2013.
Credit: STR
Share

Several days of clashes in Lebanon's northern city Tripoli have left at least 7 dead and about 50 wounded.

Fighting between supporters and opponents of Syrian President Bashar Assad in the city's poorer neighborhoods has been common throughout the nearly three-year civil war in Syria.

The two districts of Jabal Mohsen, an Alawite neighborhood, and Bab al-Tabbaneh, a Sunni neighborhood, have seen the heaviest fighting during the conflict.

Fighting there between both communities dates back decades but the Syrian civil war has reignited tensions.

The recent clashes began on Oct. 14 when a Lebanese authorities charged two Alawite men from Jabal Mohsen for their involvement in a bombing in August that struck two Sunni mosques in the center of the city killing 47 people.

Five others were charged in late August.

Both sides met to reconcile their differences this week at a local mosque but peace was quickly disrupted by armed clashes.

The Lebanese army was deployed to the area but to little avail.

Lebanon's Daily Star newspaper points out that many residents in the conflict-ridden neighborhoods of Tripoli oppose the violence and refuse to take sides.