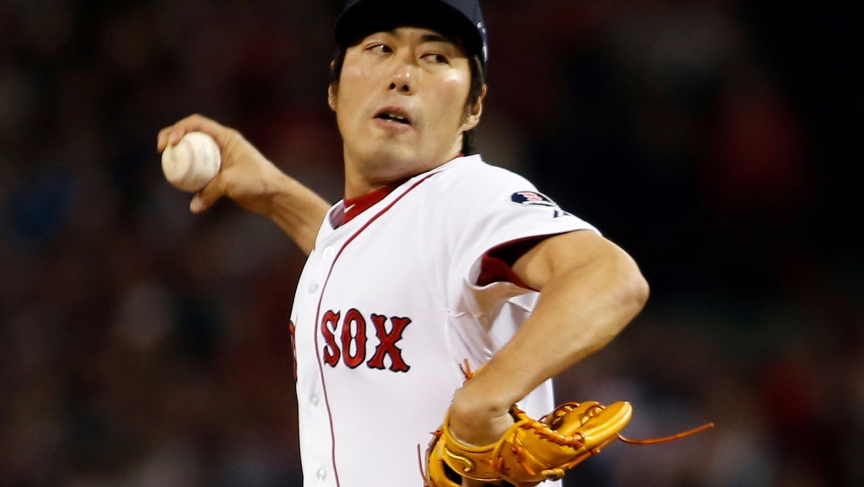 Many baseball fans have their eyes on Red Sox relief pitcher and Japanese native Koji Uehara. The 38-year-old right-hander has been a surprisingly effective closer in his first season with Boston.

The World Series gets underway Wednesday as the Boston Red Sox host the St. Louis Cardinals at Fenway Park.

There's talk the opening game could be a pitchers duel as the Cardinals and Red Sox put their best starting aces on the mound.

Japanese sports writer Masashi Yamazaki is a regular at Fenway Park. He's been following Uehara's career, which he says may be culminating in this post-season's late inning games.

Uehara's pitched in 73 games this season, the most ever in his young career.

Of course, it's the Red Sox and Cardinal hitters in this World Series who will get on base and generate runs, and the fielders who will have to avoid costly errors. But the key to this World Series, says Yamazaki, may not be David Ortiz's bat, or Fenway Park's right field wall affectionately known as the Big Green Monsta, or even the powerhouse of St. Louis Cardinals' pitchers.

Nor will it be the full blown beards worn by the Red Sox players (which are none too popular with Japanese fans.)

Yamazaki predicts the key to this Cardinals-Red Sox match-up is out in right field, in the Red Sox bullpen.

That's where Koji Uehara, wearing the number 19 jersey, is ready to step in and take charge of the game.