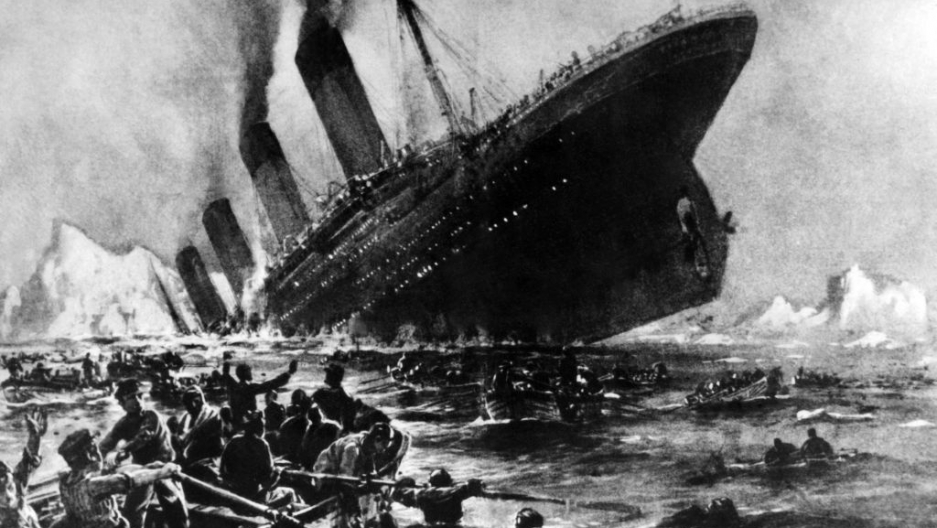 The Titanic sinking in 1912 was one of the few maritime disasters where the 'women and children first' rule was largely applied.
Credit:
Share

A violin that was apparently played for passengers as the Titanic sunk sold for $1.45 million at an auction on Saturday in Wiltshire, England after just ten minutes of bidding.

According to the BBC, Titanic band leader Wallace Hartley's name is engraved on the instrument. He died along with some 1,517 others who were on the ship April 15, 1912. The violin is believed to have been recovered with his body more than a week after the ship sunk into the north Atlantic.

Hartley and the band reportedly continued to play the hymn “Nearer, My God, To Thee” among other tunes after it hit an iceberg and the ship filled up with water.

The instrument is cracked, has only two strings, and is no longer playable because of seawater damage, The Telegraph reported.

It was discovered in 2006 and auction house Henry Aldridge and Son said the violin has been authenticated by experts “beyond reasonable doubt.”

The BBC said the unidentified buyer is believed to be British.

"I have been an auctioneer for 20 years, but I have never seen an item that brings out this degree of emotion in people before," auctioneer Alan Aldridge said. "Mr. Hartley and the band were very brave people ... standing by their posts to the bitter end."