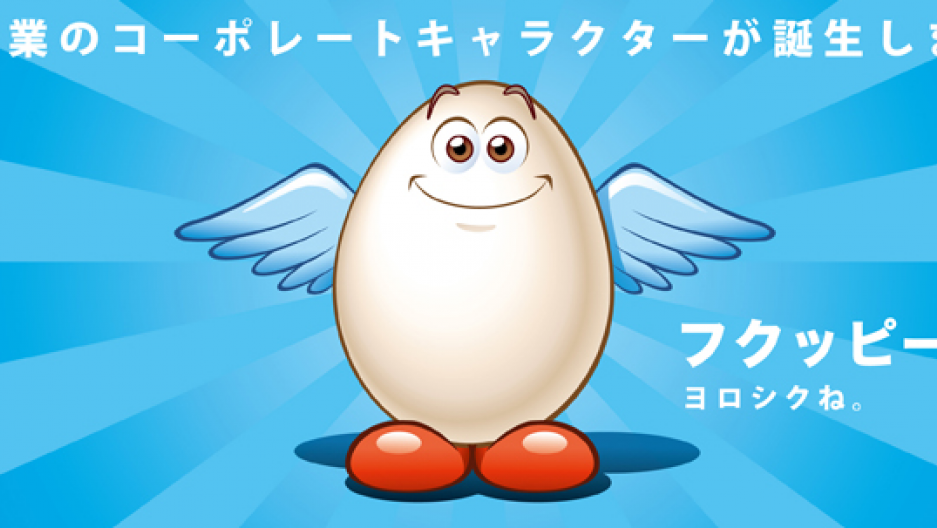 Fukuppy. No, it's not a new adjective but the name of Fukushima Industries' new mascot.

The Osaka-based refrigerator-maker — with nothing to do with the nuclear plant or the area where the plant was destroyed — is reconsidering its choice of name after an uproar on social media.

Fukuppy is a smiling egg with wings that greets visitors on the company's website.

"I'm Fukuppy. Nice to meet you," the egg says. "I think I'm kind with a strong sense of justice, but people say I'm a little bit scatterbrained."

The mascot was released in April and is said to combine part of the company's name, "Fuku," with the end of the English word "happy."

Brilliant! Unfortunately, when you put the two together the word sounds far too much like the English saying that means something is, well, "messed up."

"We sincerely apologize for worrying many people and creating misunderstanding among them," the company said later in a statement. "We will look into the name, including a rethink of it."

Now, if only the stricken Fukushima nuclear plant had named the mascot, it would have made a lot more sense.