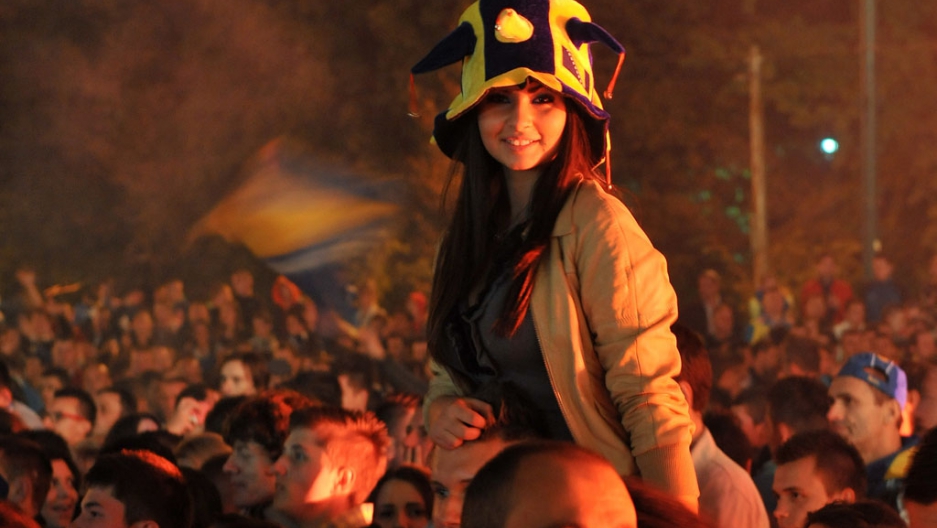 It took them until the final day Round 1, but Spain is headed through to defend its World Cup championship next year in Brazil.

England, Russia and history-making Bosnia-Herzegovina are joining them after the latest round of soccer games across Europe on Tuesday.

For the home fans in Albacete, Alvaro Negredo and substitute Juan Mata propelled Spain to a 2-0 victory over Georgia. The Spanish wanted a better effort after a middling 2-1 win against Belarus on Friday.

While months away from kickoff, Spain no doubt demand continued improvements. Not since Brazil in 1962 has a reigning champion defended the World Cup.

Spain wins Group I ahead of France, which settles for another playoff round to decide the final four European qualifications.

While Spain barges through the front door watched by throngs of adoring fans, Bosnia-Herzegovina will arrive in Brazil as an unknown.

Bosnia-Herzegovina
The Bosnians are making Brazil their first major tournament after nearly qualifying for South Africa in 2010 and narrowly missing a place at the European championships last summer.

They tied their group with Greece at an impressive 25 points from 10 games, but advance thanks to an even more remarkable goal difference. Bosnia scored 30 goals compared to just 12 for Greece.

"I congratulate these guys for their great work in the last four years, and it would have been a real injustice if we had failed to win the group and qualify for the World Cup," coach Safet Susic told Bosnia media, according to CNN.

Only giants Germany and the Netherlands have scored more goals than B-H.

“If you would have told me before the start of the qualifying round that with 25 points we would not have gained a direct berth to the World Cup, I would not have believed it,” Greek coach Fernandos Santos said.

Russia
Also moving forward is Russia despite tense moments in the final seconds against Azerbaijan.

The Russians win Group F over Portugal thanks to a 1-1 draw in Baku. Portugal handily defeated Luxembourg 3-0, but a draw with Israel last week made it nearly impossible to finish better than second.

“Today was a good match. We had numerous moments to excel, but at times we were not lucky; at times the goalkeeper played very well. The Azeri team had one chance, and they used it,” Russian coach Fabio Capello said.

The Russians were forced to hasten their departure after the game thanks to fans who jeered them and tossed garbage from the stands.

England
There were tense moments as England ended its game against Poland on Tuesday, too, but fans were not to blame.

Wayne Rooney and Steven Gerrard scored in a 2-0 victory that granted them Group H at Wembley Stadium.

That meant, despite Rooney making it 1-0 just before halftime and England generally controlling the game, nerves in the championship-starved nation remained taught until Gerrard scored late.

“We’re getting better all the time, and I’d like to think in the months ahead we can get better still, as long as we can keep these players together,” English manager Roy Hodgson said.