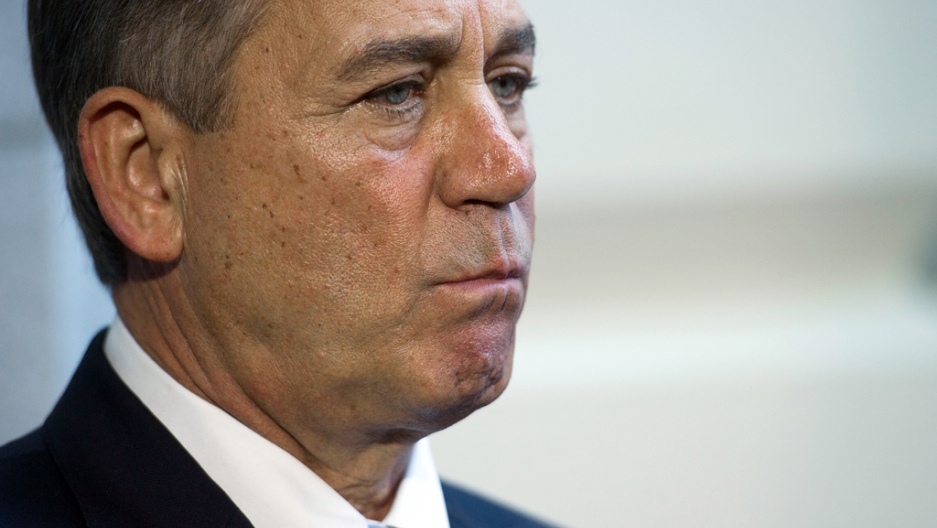 House Republicans on Tuesday night canceled plans to vote on their most recent proposal to end the standoff over the debt ceiling and government shutdown, leaving Senate negotiators to resume talks on a deal to avert a potentially catastrophic default.

After drafting an eleventh-hour plan earlier in the day and then later rejigging it, House Republicans called off the vote after the most conservative members of the party refused to back the compromise deal, the Los Angeles Times reported.

A short time later, spokesmen for Democratic Senate Majority Leader Harry Reid and Republican Senate Minority Leader Mitch McConnell said the talks for a bipartisan agreement were back on.

“Senator Reid and Senator McConnell have re-engaged in negotiations and are optimistic that an agreement is within reach,” Reid spokesman Adam Jentleson was quoted as saying.

McConnell's spokesman, Michael Brumas, said the two have “decided to work toward a solution.”

The House GOP bill floated Tuesday afternoon, like the Senate version being worked on by a bipartisan group, would have raised the debt limit through Feb. 7.

Unlike the Senate version, however, the House GOP version would have only funded federal agencies until Dec. 15, raising the prospect of another government shutdown in December unless Congress came to an agreement over budget talks and sequestration.

Earlier in the day, the House GOP put forward a proposal that would have funded the government until mid-January. Democrats responded to that version, calling it “reckless," a “blatant attack on bipartisanship” and an attempt to “appease a small group of Tea Party Republicans.”

The House GOP's earlier plan demanded a two-year delay on Obamacare’s medical devices tax, tougher income verification requirements for Affordable Care Act subsidies, and the cancelation of insurance subsidies for members of Congress, the president, vice president and the cabinet.

The version that was expected to make its way to the House floor largely dropped those demands, according to Politico. However, it still included the Vitter amendment, which cancels subsidies for lawmakers, the administration and Capitol Hill staffers.

In the end, it was all for naught after Republican House Speaker John Boehner failed to get enough votes for the proposal.

The latest wrangling came as Fitch placed the US's AAA credit rating on watch for a possible downgrade, citing the political standoff over the debt ceiling and government shutdown.

More from GlobalPost: Will Ted Cruz block the Senate deal?

With a bipartisan deal in sight, Democrats were outraged by the House Republican proposal.

Reid, who has been working with Republican leaders in the Senate for days on a deal to avoid a historic default, said he felt “blindsided” by the House Republican plan, which he described as a "blatant attack on bipartisanship.”

"This [House] bill is doomed to failure, and it's so awful, awful, awful for our country," Reid told the Senate. "I am very disappointed with John Boehner, who is trying to preserve his role at the expense of the country."

“The president has said repeatedly that Members of Congress don't get to demand ransom for fulfilling their basic responsibilities to pass a budget and pay the nation's bills," White House spokeswoman Amy Brundage was quoted as saying.

"Unfortunately, the latest proposal from House Republicans does just that in a partisan attempt to appease a small group of Tea Party Republicans who forced the government shutdown in the first place."

As the clock ticked down to Thursday’s deadline to increase the $16.7-trillion borrowing limit, some senators expressed optimism that a bipartisan deal could emerge late Tuesday.

"I'm not saying we can pass it today because there's logistics about drafting and getting it to the floor and the procedural things we'll have to do ... but my guess is we'll pass something in the Senate tomorrow."

Watch Boehner and Reid deliver their comments Tuesday (via the Guardian):