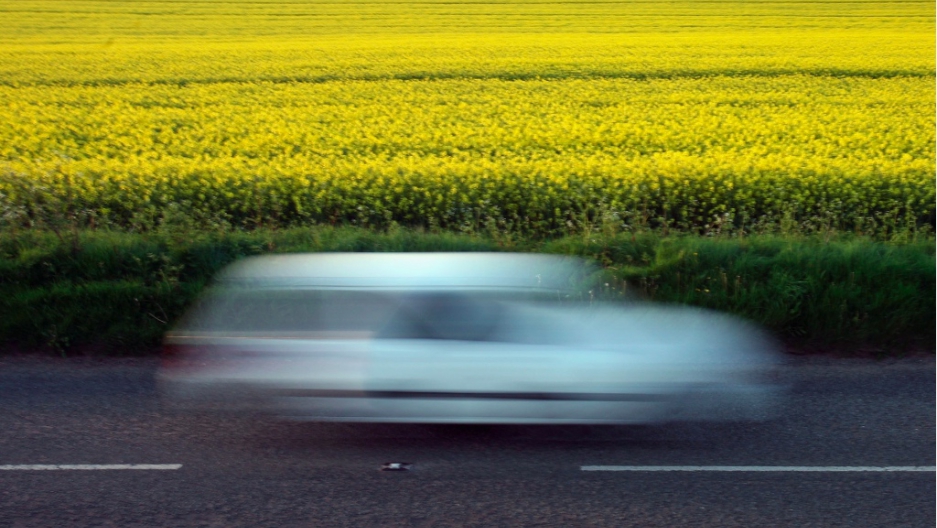 Frank Lecerf was driving along in France's Pont-de-Metz when his car brakes malfunctioned, leaving him speeding at 125 mph for a full hour. Here, a car passes by a field of Oilseed Rape plants in bloom in the Cotswolds village of Tormarton on May 6, 2008 near Tetbury in Gloucestershire, England.
Credit: Matt Cardy
Share

BERLIN, Germany — A German man motored off without his new wife while on honeymoon and didn't realize she was missing for two hours, according to Agence-France Press.

"My first reaction was, ‘is he daft’?" the woman told local media, said Germany's The Local. She had gone to use the restroom and came out to find herself stranded with no phone or way to reach him.

But he thought she was sleeping in the back of their big van, so he drove 125 miles into Lower Saxony, "bopping out to music," until he started wondering why his kids were making such a racket, according to The New York Daily News.

That soon brought things to a crisis. The police got involved, and five hours later reunited the errant couple, said AFP.

The incident has not, err, driven the woman to file for divorce.

"I'm not angry with my husband," she said, reported AFP. "He didn't mean it."