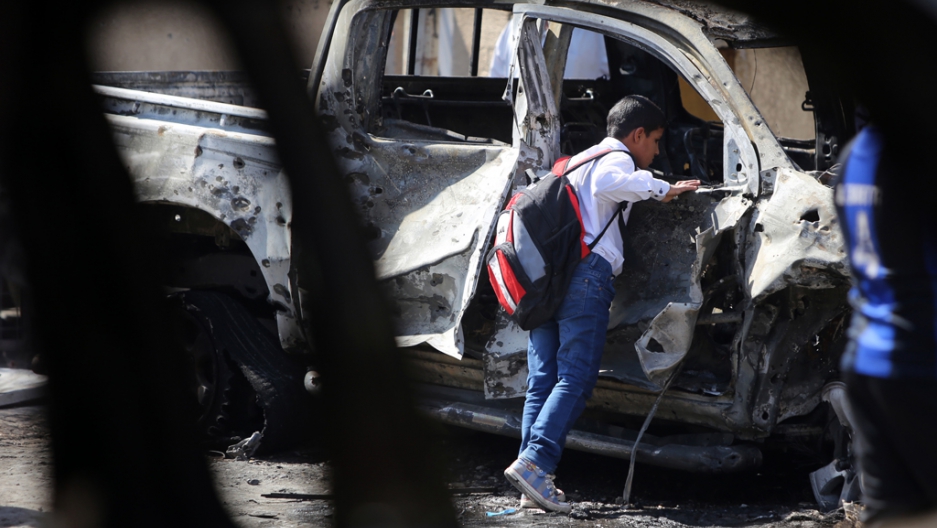 An Iraqi boy inspects a burnt-out vehicle following a suicide attack the previous night in Baghdad's eastern al-Jadidah district, on October 7, 2013. Violence in Iraq has reached a level unseen since 2008, amid persistent fears of a relapse into the kind of intense Sunni-Shiite bloodshed that peaked in 2006-2007 and killed tens of thousands of people.
Credit: AHMAD AL-RUBAYE
Share

The officials spoke on the condition of anonymity, being unauthorized to speak to the press, but the AP said medical personnel had confirmed the figure.

Reuters said at least 10 people had been killed in the attacks on Sunday, which come days ahead of the major Muslim feast of Eid al-Adha.

A total of 11 bombs were set off by remote control, according to Reuters.

It was not immediately clear who was behind the attacks, which add to rising violence in Iraq.

Over 6,000 people have been reported killed there in the past year.