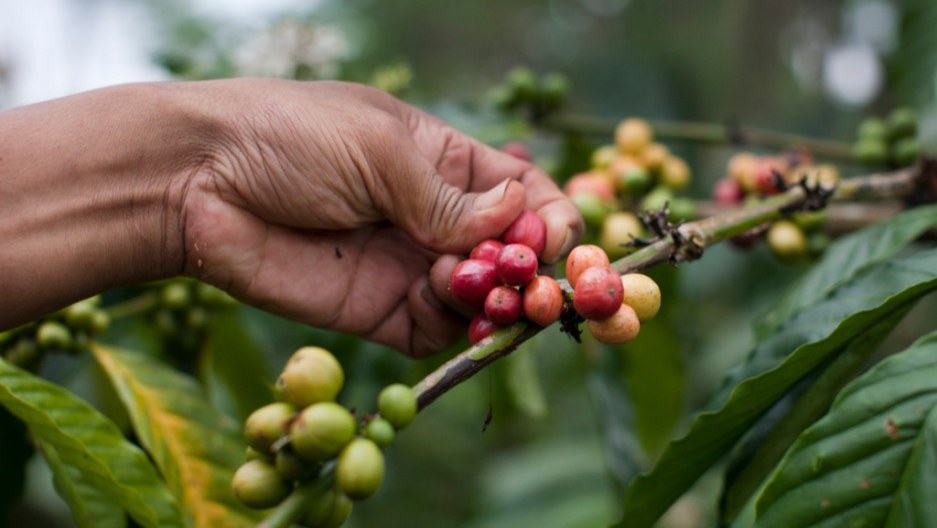 NAIROBI, Kenya — George Clooney wants you to drink South Sudan’s coffee. And this isn't about charity — it's all business.

The Hollywood star has a long relationship with South Sudan, which gained independence in 2011 after a peace deal that ended a long-running war with the Sudanese government in the north.

He has worked as a peace advocate there and even launched a satellite project to keep tabs on troop movements and human rights abuses.

In July he took a new tack, announcing plans, in conjunction with Swiss company Nespresso, to restart coffee production in South Sudan.

Clooney and Nespresso will work with the government “to revive high quality coffee production in the country in order to contribute to economic development and create supply,” according to a company statement.

“Nespresso plans to be the first company to offer coffee from the country following its independence,” the company said.

As the massive global industry wakes up to South Sudan’s untapped potential resource, purveyors of joe from Texas to Switzerland are turning an eye toward the newly independent country.

Experts say it will take three to 10 years to revive coffee-growing in South Sudan. Nespresso does not expect to begin selling any South Sudanese coffee until 2015, but Clooney is confident the initiative will be “game-changing.”

“There is a real opportunity here,” he said.

Others think so too, and might just beat Nespresso to the punch.

Russell Hayward, who runs Ascension Coffee in Dallas, visited South Sudan for the first time in 2012. A friend digging wells in the country had stumbled across some coffee trees, picked the beans, and brought them back for Hayward to try.

“It was pretty good,” he recalled. “So I jumped on a plane and started looking around for coffee, and I started finding it.”

He also found a long and rich history of coffee production, dating back to the 1930s but interrupted by war.

“What I saw there was such an incredible potential, but there’s no market and no one to buy it,” he said.

Decades of civil war between Sudan’s mainly African south and Arab north split the country in 2011, and left the new nation of South Sudan in a pitiful state. The few roads that had been built there were destroyed. The same went for schools, hospitals and the economy.

Today South Sudan doesn’t export any coffee. But it has the raw material: trees still stand in neglected low-altitude plantations and grow wild in mountain forests.

Hayward said 50 acres are already in the process of being replanted. He hopes to expand the program by 100 acres per year, ultimately creating a self-sustained industry in a country that is almost entirely reliant on oil exports and in dire need of diversifying its economy.

“I would love to offer my customers in Dallas a South Sudanese espresso. Coffee has regional characteristics so no one has tasted that coffee yet,” said Hayward.

South Sudan has climate variety similar to its major coffee-exporting neighbors, Ethiopia, Uganda and Kenya. From the misty heights of the Boma plateau, to the tropical forests of the Imatong Mountains, to the fertile lowlands of Central Equatoria, what South Sudan has to offer the coffee market should, as Clooney hopes, succeed. But will it?

John Logan is a regional director at TechnoServe, which offers business advice and training in the developing world. He’s working with Nespresso and Clooney to help revive South Sudan’s coffee production, and has tried a cup or two of what's on offer.

More from GlobalPost: Should your next cup of Nespresso come from South Sudan? George Clooney thinks so

“I’ve got some washed South Sudanese Robusta which is quite drinkable, kind of a neutral taste but it’s got body and a truckload of caffeine in it,” said Logan.

And that’s promising. “There’s a premium market developing for washed Robusta that goes into espressos,” he said.

In 2011 Schilling led an expedition to the Boma Plateau, hoping to discover new types of Arabica as he assessed the sector’s potential. He was left underwhelmed, seeing just one viable production option in the Imatong Mountains.

“George Clooney thinks there’s potential for Arabica production in South Sudan. Now I don’t know what source of information he has, but we know that the Imatong forest represents probably the only real commercial potential for the production of Arabica coffee,” Schilling said.

Logan agreed. Boma, he said, only grows “village coffee — a few trees here and there.” There was a bit more high in the Imatong Mountains, but the real potential, he said, lies in Robusta.

TechnoServe already has staff working in Yei, in South Sudan, and has imported machines to improve the quality and consistency of production. But restarting the industry will be a long, slow process.

“It’s still very, very early days,” said David Browning, a senior vice president at TechnoServe. “This is about how South Sudan can be helped in the slow, patient building of an industry. This will not be an overnight exercise.”

The rewards for South Sudan could be great, helping the country to grow its economy and earn a different name for itself on the world stage — or at least in the world’s coffee shops.

“Raising South Sudan’s visibility and promoting the idea that it can do something — that there is hope here — that would be very, very positive,” said Schilling.