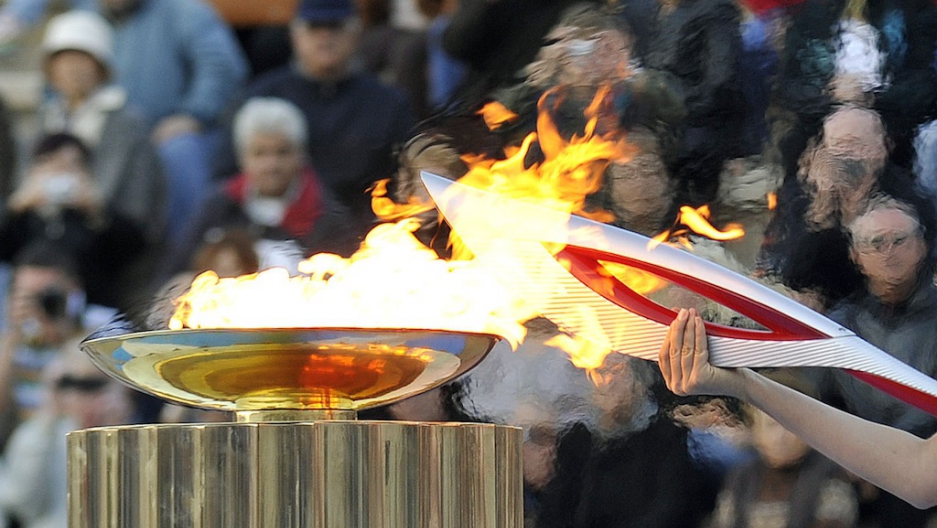 The Olympic flame has gone out four times in Russia since Sunday sparking calls for a criminal investigation.
Credit: Michalis Karagiannis
Share

When Prometheus stole the fire from Olympian Zeus to give to mankind, little did he know that fire would have to be re-lit by a bulky Russian security guard.

That's exactly what happened when the Olympic flame arrived in Moscow this weekend and promptly flickered out — more than once.

Russia's Olympic torch relay into Moscow had a rocky start and the troubles just seem to be mounting.

Russian politicians began asking questions about the torch and its maker.

Pro-Kremlin deputies even called for a criminal investigation.

“The assurances of the organizers, [who say] that it is an ordinary situation when the flame is not lit, are unconvincing,” said Mikhail Starshinov, a state duma deputy and member of the People’s Front movement, according to RIA Novosti.

“Any normal person would have several questions. Why were 16,000 torches made? How much does each torch cost? Is this price reasonable? And, finally, why do they work badly?”

The torch first went out on Sunday after it was carried through the Kremlin. A helpful Russian security guard re-ignited the flame with his cigarette lighter.

On Monday, a torchbearer running along the Raushskaya Embankment in Moscow saw his flame extinguished, with authorities taking several minutes to bring a new torch.

One spectator humorously shouted out, "Sponsored by Gazprom," referring to the Russian oil and gas giant.

The torch has reportedly gone out four times since Sunday.

Having apparently ordered 16,000 torches (at a cost of $6.4 million), the Russian government will hopefully have no trouble finding at least one that works.

It certainly has a long way to go before the February Games — over 41,000 miles from the bottom of Lake Baikal to outer space.

For those wondering, the torch is made by a Siberian arms manufacturer in the town of Krasnoyarsk.