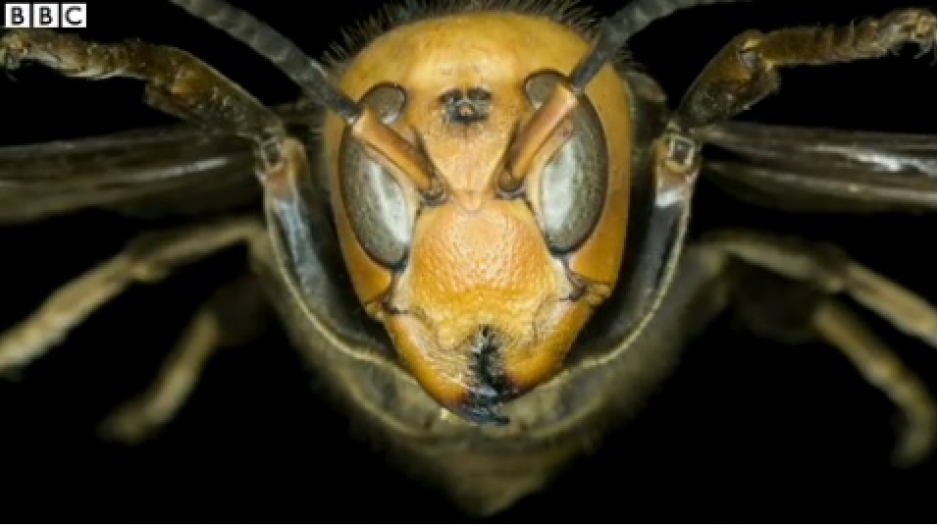 The giant hornets found in northern China can grow up to two and a half inches long.

Attacks by the biggest hornets you will ever see have killed more than 40 people in China in the last three months, and hundreds more have been injured. The stings leave what look like gunshot wounds.

These giant hornets are the largest stinging insects - as much as two inches in length for the queen - and are a shocking  orange color. The hornets are on a rampage, of sorts, and have been dubbed the "giant killer hornets" by the press.

Justin Schmidt, an entomologist at the Southwestern Biological Institute and the University of Arizona, suspects the stings are among the most painful. Schmidt devised a way to measure the pain associated with stings. And he did it the hard way - by letting himself be stung.

Schmidt has endured the stings of more than 150 different species since first publishing the Schmidt Sting Pain Index in 1984. While he's never been stung by this particular hornet, he says his experience leads him to believe they'd be a solid three or four on a scale of four.

He says the worst sting he has encountered — a four — is the sting of the bullet ant.

"It's a throbbing, piercing, deep pain causing numbing for up to twelve hours, and sometimes even more than that," he recalls.

He admits he's not looking to be stung by the giant hornets to get another data point. He hopes to avoid the insects, which have the scientific name Vespa mandarinia.

China has cut down on the risk of attacks in recent weeks through an extermination campaign. Happily, Schmidt says there's little risk of the killer hornets making it to the Americas, let alone surviving here.