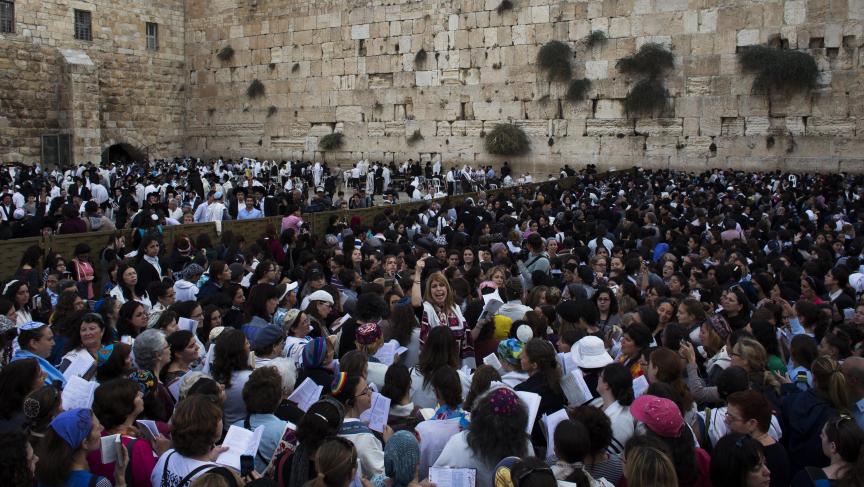 Members of the Women of the Wall group take part in their monthly prayer session at the Western Wall in Jerusalem's Old City October 4, 2013.

For 25 years, a group of women in Israel have been praying together at the start of every month. They have been fighting with ultra-Orthodox Jewish leaders to be allowed to pray with men at the main section of the Western Wall, a remnant of an ancient Jewish temple in Jerusalem that is considered Judaism's holiest place. Now, they have agreed to a compromise.

Members of the group known as Women of the Wall have been jeered, spat upon and arrested in their attempts to pray at the Western Wall. Anat Hoffman, a member of the group, says they have not given up their demand to pray there, but they are switching tactics.

Israel's prime minister, Benjamin Netanyahu, has offered them a chance to have their own plaza, away from the main section of the Wall. Hoffman says the group has decided to make a shift from being pure activitists to being negotiators.

"We are now going to negotiate with the big guys, with the prime minister, with the whole Jewish world behind us. And we will say, we deserve a place at the wall and together with us, everybody else."

She says praying at another section of the wall is acceptable, with conditions:

"The demand is first of all equality, that the new plaza will be next to the other plaza, will be equal in its budgets and its signage, in everything," she says. "That there will be one entrance; that it will be open 24 hours, seven days a week. There will be no reservations needed; it will be not for pay."

But most important, says Hoffman with relish, "That it will be a place where we call the shots. We will encourage people to celebrate together and we will try to have a very welcoming atmosphere."