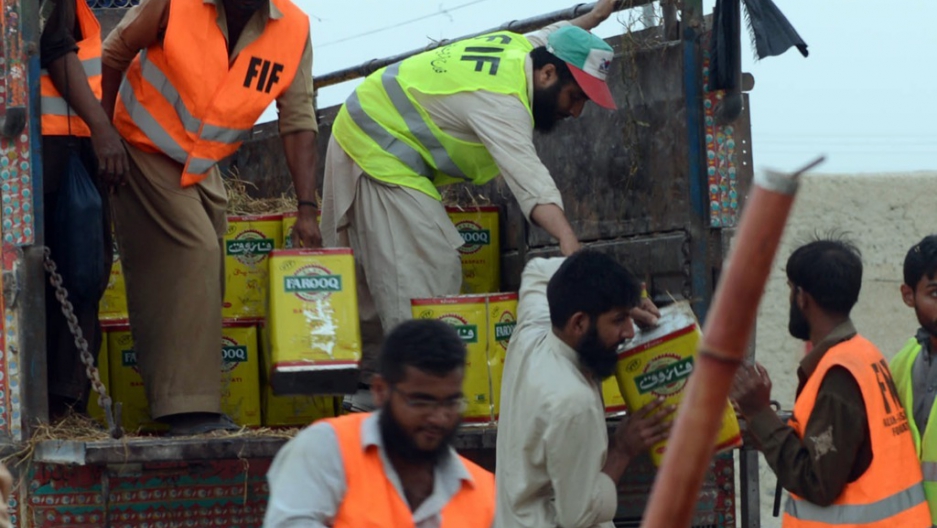 KARACHI, Pakistan — The Pakistani government is blocking international aid agencies from working in parts of Baluchistan after the province was devastated two weeks ago by a 7.7 magnitude earthquake.

A second quake hit the same area just days later, only adding to the damage.

Foreign relief workers have repeatedly sought permission from the government to assist at least 100,000 people left homeless by the natural disasters. But the National Disaster Management Authority (NDMA) insists it has the situation under control.

“Since the first earthquake struck on September 24, MSF has been in dialogue with different officials with a view to getting teams and supplies into the Awaran area,” MSF operations manager Chris Lockyear said Friday. “Yet the government of Pakistan has still not granted us authorisation to enter."

On Tuesday, Malik Baloch, the chief minister of Baluchistan, requested that the federal government allow foreign aid into areas affected by the earthquake.

NDMA representatives have not returned repeated calls seeking comment for this story. The person who answered an NDMA phone line Tuesday night said he was not authorized to speak to the media, but pointed out that spokesperson Adrees Mehsood has already stated that the situation in Awaran, the quake's epicenter, is under control.

It's unclear how the government's decision to withold aid may be related to incidents of violence against relief workers in the province. Since the quake struck on Sept. 24, killing an estimated 500 people, local relief efforts have been hampered by attacks from militants and separatist groups.

Militants regularly target soldiers in the province with violent attacks. When the military is escorting aid workers — as they have since the natural disaster two weeks ago — those providing civilian relief become unintended casualties of the violence.

Members of the strong separatist movement that operates within the province want greater autonomy from the government in Islamabad, which they believe is exploiting Baluchistan’s natural resources while doing little for its residents. They're demanding a larger share of the oil and gas revenue that benefits other areas of Pakistan disproportionately.

Separatists believe that the army will curry favor with the citizens of Baluchistan, and are therefore fighting them for influence.

Members of the Frontier Corps, a paramilitary force that operates along Pakistan's borders, have taken fire multiple times since the earthquake, local television reports. Two days after the earthquake, rebels fired a rocket at a helicopter carrying the chairman of Pakistan's National Disaster Management Authority.

A group called the Baluch Liberation Front, one of several Baluch nationalist groups operating in the province, claimed responsibility for the attacks.

Baluchistan is Pakistan's largest and least populous province, home to approximately 9 million people. The region itself is resource-rich — it has large reserves of oil and gas as well as countless minerals — but its infrastructure is weak. Much of the province is remote with few hospitals and schools, paved roads or sources of potable water.

Awaran, the epicenter of the earthquake, is no exception: one journalist described knowing she'd entered the district because "the roads had disappeared."

The fight for Baluch autonomy dates back to the time of the British Raj, when all states in the subcontinent of India were asked to choose whether they wanted to be part of India or Pakistan. What's now considered Baluchistan was actually four separate states. While three of those states chose to be part of Pakistan, the Khan of Kalat, the fourth state, argued that Kalat should be independent. After partition in 1947, Kalat nationalists insisted that they had been forced to join Pakistan.

Their fight has continued ever since. After last week's explosion, a separatist commander for the Baluchistan Liberation Front threatened to step up attacks on security forces positioned for earthquake relief.

The disappearance of hundreds in Baluchistan has compounded hostility toward the state.

According to local reports, almost 600 mutilated bodies have been found dumped in the province in the last three years. Many belong to political workers, human rights defenders, and lawyers. Residents believe that Pakistan's government forces are behind the disappearances, although the government has denied the accusation, insisting instead that foreign influences or criminal gangs are to blame.

For now, Baluchistan's chief minister has asked rebel groups to cease attacks. He's also promised to hold a tribal council to address their concerns after the Eid holidays.

But locals, many of whom fear both the rebel groups and the Islamabad authorities, aren't optimistic that things will change.