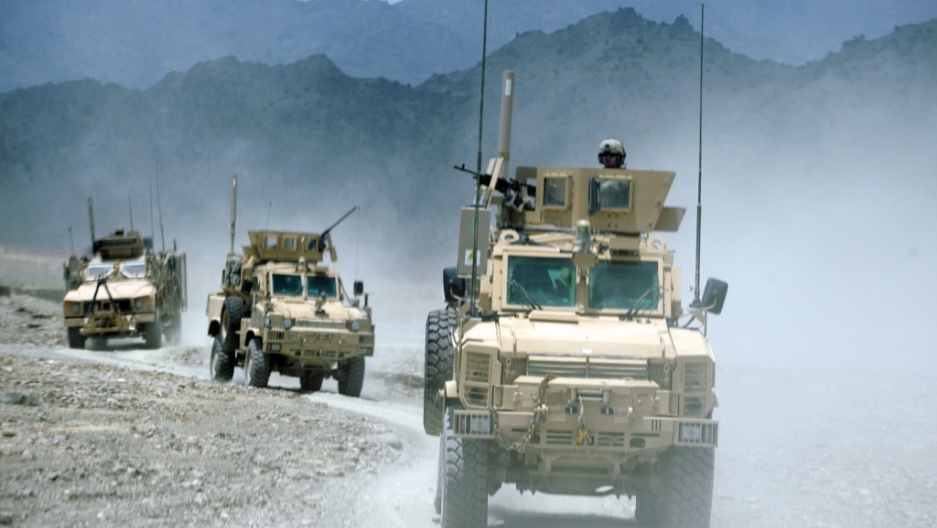 NAIROBI, Kenya — In the pre-dawn witching hours of Saturday morning, a team of Navy SEALs swam ashore at Barawe, a seaside town 110 miles south of the Somali capital Mogadishu. Their mission was to snatch an Islamic militant called Ikrima from a two-story villa overlooking the sea.

But the mission failed. A watchman sounded the alarm and the ensuing gunfight forced the SEALs to retreat as US helicopter gunships circled overhead.

For SEAL Team 6, a special forces unit that entered the pantheon of US heroes with the killing of Osama Bin Laden in 2011, it was an unusual and embarrassing misstep showing that Somalia’s Al Shabaab militants are a stronger fighting force than some had assumed.

He said the militants fought the attackers back with guns and grenades. After the attack, Al Shabaab posted photographs online of what it said was abandoned US military equipment. On Monday, hundreds of masked fighters arrived in Barawe to reinforce the town against any further attacks, according to Al Shabaab.

Pentagon officials said the raid was planned in the wake of the Sept. 21 terrorist attack on Nairobi’s Westgate Mall. Al Shabaab leader Ahmed Godane has claimed responsibility for the attack in which at least 61 civilians were killed by an unknown number of gunmen. Kenyan officials initially said 10 to 15 attackers were involved, but closed-circuit television security footage now suggests there may have been as few as four to six gunmen.

SEALs have been deployed in Somalia to great success in the recent past. In January 2012 they mounted a textbook operation to rescue Jessica Buchanan, an American aid worker, and her Danish colleague who were being held hostage by kidnappers.

In 2009 they killed Kenyan-born Saleh Ali Saleh Nabhan, a top commander of Al Qaeda in East Africa. That raid was also carried out close to Barawe, the location of Saturday’s dawn battle. In a forerunner of the Bin Laden raid helicopter-born SEALs killed Nabhan and snatched his body for DNA testing before dumping it in the ocean.

Despite the failure to capture or definitively kill the target on Saturday, Pentagon press secretary George Little dismissed the notion that the Somalia raid was a failure.

“Seeing some suggestions that one of our military ops wasn't successful,” he wrote on Twitter. “We knocked on al-Shabaab's front door. They shouldn't sleep easy.”

The target of the weekend assault was a Kenyan-born Somali man called Abdulkadir Mohamed Abdulkadir, aka Ikrima, a senior foreign fighter with Al Shabaab and former associate of Nabhan and another Al Qaeda operative, Fazul Abdullah Mohammed, who was killed when he drove into a government roadblock in Mogadishu in June 2011.

Both Fazul and Nabhan were accused of helping to plan the US embassy bombings in Nairobi and Dar Es Salaam in 1998, which killed more than 200 people. The two are also thought to be behind the 2002 bombing of an Israeli-owned hotel in Mombasa, Kenya, which killed 15.

It is not known whether Ikrima played a role in the 1998 and 2002 terrorist attacks, but he is suspected of planning operations in Kenya in recent years. According to a report by Kenya’s National Intelligence Service (NIS), Ikrima has been involved in plots dating back to at least 2011.

The report said a planned April 2013 attack using explosives on Mandera airport in northeastern Kenya, masterminded by Ikrima, had been foiled along with several others. One involved British citizens Jermaine Grant, currently on trial in Mombasa accused of planning a bombing campaign on tourist hotels, and Samantha Lewthwaite, who is wanted by Kenyan authorities on the same charges.

Ikrima is thought to be a link between Al Qaeda central, Al Shabaab in Somalia and its Kenyan affiliate Al Hijra, making him a prime target for the US and its allies in the Horn of Africa. Analysts suspect Al Shabaab and Al Hijra of cooperating to carry out last month’s Westgate attack.

At least two of the six Westgate suspects so far named are Kenyan, suggesting the involvement of a cell of Kenyan recruits. Kenya’s military named one of the suspects as Omar Nabhan, believed to be a younger relative of the Al Qaeda operative killed by US Navy SEALs four years ago.