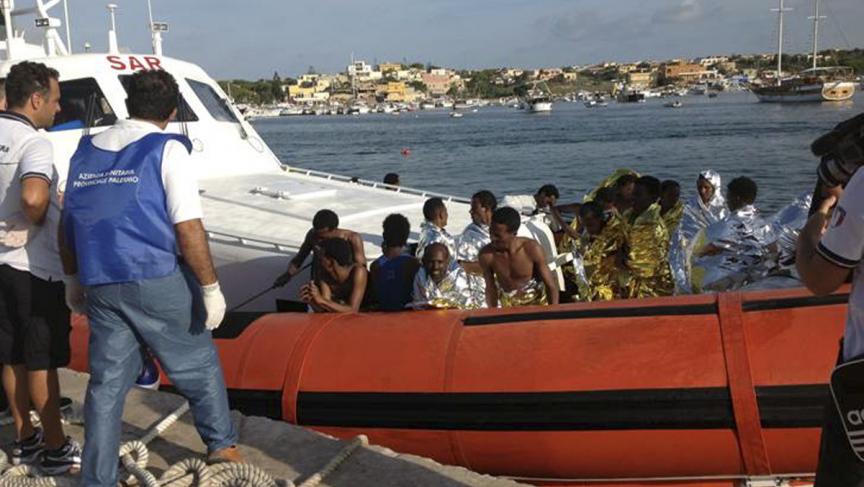 Rescued migrants on an Italian Coast Guard vessel arrive at the harbor of Lampedusa, Italy

Italy is a destination for tens of thousands of asylum seekers fleeing countries in Africa and the Middle East for Europe. But the journey across the Mediterranean Sea is risky.

A boat carrying around 500 migrants from Eritrea, Somalia and Ghana sank yesterday — just half a mile from the coast of the Sicilian island of Lampedusa. More than 100 people died and more are missing. The Italian Coast Guard and other emergency teams have rescued about 150 people.

The boat is one of many that set sail from Libya to Lampedusa, which is one of the biggest gateways for migrants to Europe. The UN estimates about 20,000 people have died at sea trying to reach Europe over the last 20 years. Tuesday's tragedy is one of the worst ever off the coast of Lampedusa.

Rome-based journalist Megan Williams has talked with migrants who have made the dangerous trip. "They're people who have traveled from conflict situations," she said. "[They] come to Libya, pay traffickers, and get on these incredibly dangerous little boats."

The boat went down after its motor broke and people on board set a sheet ablaze to signal for help. That caught the boat on fire. By the time rescue boats reached the migrants, many had already drowned.

Williams said the 70-foot boat carrying around 500 people is typical of the type of boats smugglers bring across the Mediterranean. She said many of the asylum seekers are desperate enough to make the perilous trip because they don't have the right to request amnesty unless they are in the country they're trying to reach.

"[The migrants] come from places where there's war," Williams said. "Often family members have been killed, they can't make a living."