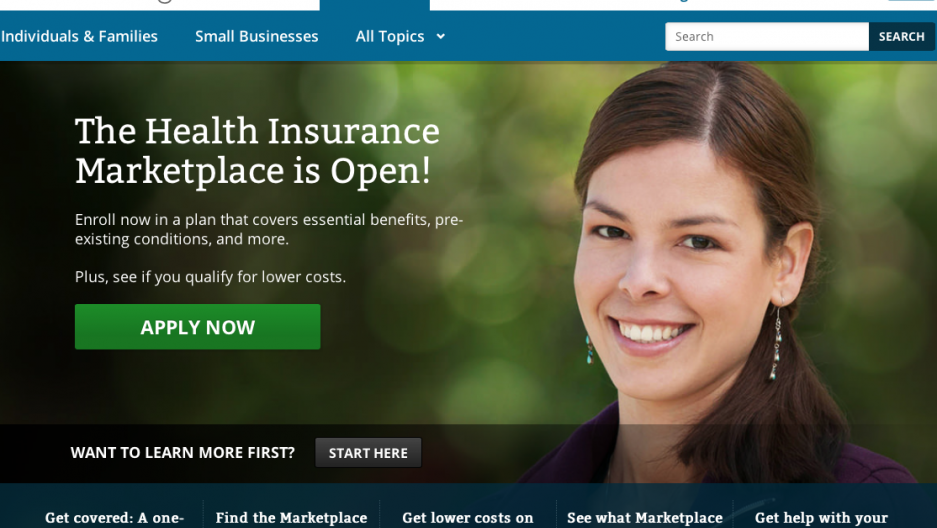 LOS ANGELES — While dysfunction continues to reign in Washington and neither side can resolve the standoff over spending, one key part of the president’s agenda is still moving forward.

The online health insurance exchanges that form the backbone of the Affordable Care Act — or 'ObamaCare' as it's commonly known —debuted today amid heavy volume that caused some delays and technical problems.

Health insurance shoppers in the 39 states that signed up to use the federally run exchange, healthcare.gov, were met Tuesday morning with messages asking for patience amid the delays.

"We have a lot of visitors on our site right now, and we're working to make your experience here better. Please wait here until we send you to the log-in page. Thank you for your patience."

Once consumers made it past the welcome screen there were further problems and delays. According to the Chicago Tribune, a list of required security questions was left blank and an error message popped up after attempts to reload the page.

"The system is down at the moment,” the message said. “We’re working to resolve the issue as soon as possible. Please try again later."

President Obama acknowledged the glitches from the White House on Tuesday afternoon and said that more than a million people had visited the federal enrollment site.

He said his administration would fix technical problems and adjust to “this demand that exceeds anything that we had expected.”

States that set up their own exchanges are experiencing problems and delays as well.

Some visitors to California’s state-run exchange, Covered California, had trouble logging in and calls to the customer service department were met with wait times of up to 30 minutes.

State officials have been warning the public for months that the $313-million online enrollment system might experience some growing pains as it got off the ground.

How well California deals with its health insurance roll out will be of particular concern to Washington since the state is home to 15 percent of all uninsured Americans.

Some 5.3 million Californians are eligible to apply for insurance under the new healthcare law but its unclear how many will actually enroll.

All Americans will be required to have insurance in 2014 or pay a tax penalty starting at $95 or 1 percent of household income, whichever is greater.

The January 1 deadline will not be much time to get the millions of uninsured Americans enrolled into federal and state exchanges.

Several states were forced to delay the launch of their online exchanges because the sites were not up and running on time.

Oregon shoppers will have to use an insurance agent or community group to enroll online through at least mid-October.

Spanish-language enrollment sites in Washington DC and Nevada will be delayed until later this month.

Despite the glitches and the ruckus happening in Washington, Obama made clear that the Affordable Care Act was not going anywhere.

"It is settled and it is here to stay," he said in a news conference. "And because of its funding sources, it is not impacted by a government shutdown."