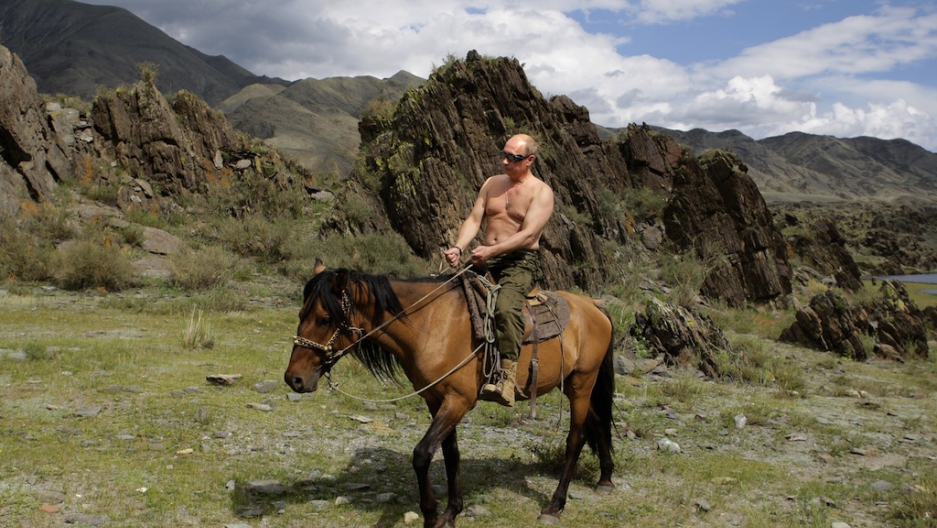 The most interesting man in the world will now be killing zombies in a new video game.
Credit: LEXEY DRUZHININ
Share

Is there anything Vladimir Putin cannot do? From finding ancient relics underneath the sea to foiling the United States' plans in Syria, the Russian president may be the toughest and most multi-talented world leader.

A new video game for iOS and Android called “You Don’t Mess With Putin” will see the Russian leader battle the undead led by the mystic Rasputin.

“Putin has this tough guy image and he’s not afraid to get his hands dirty. He hunts, he rides, he shoots. A leader should be strong, and in my opinion Putin is the only world leader who really fulfils this image.”

The game will appear real-life Putin quotes like "Give me back my pen" which he said to a Russian oligarch after cowing him into signing an agreement.

Smeets' last video game called 'Run Snowden Run' was based on the escape of former NSA contractor, Edward Snowden from the US.

This is not the first video game to star Putin.

Two years ago programmers created "Like Putin," which saw the Russian leader fighting terrorists and even battling forest fires.

The new Putin game is available Oct. 31. It is still unclear if the Russian president will be battling the zombies with or without his shirt on.