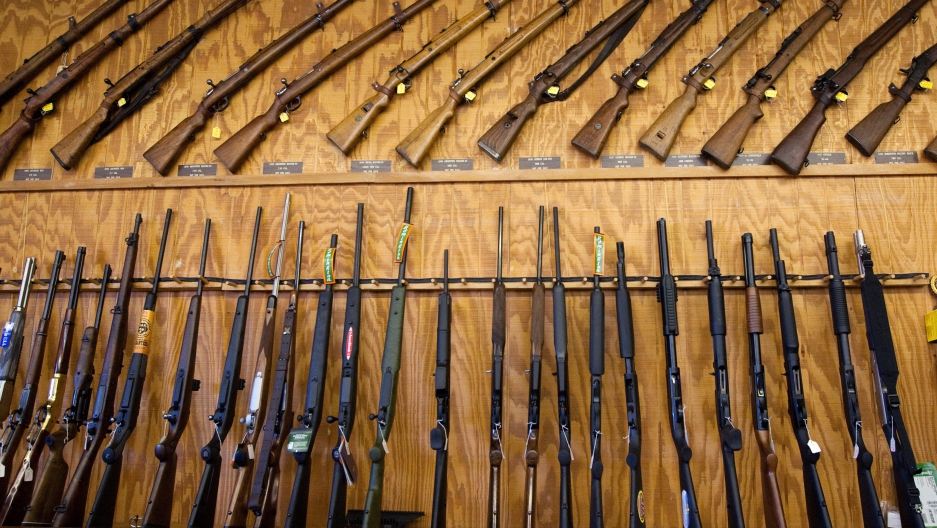 An assortment of rifles and shotguns at a gun expo in El Paso, Texas, USA, on March 13, 2011.
Credit: STR
Share

A pastor was shot and killed while he was preaching to a crowd of about 50 people at a church in Lake Charles, Louisiana, on Friday night.

Woodrow Karey, 53, walked into the Tabernacle of Praise Worship Center and shot Pastor Ronald J. Harris Sr. with a shotgun twice – first as he walked in, then again at close range after Harris had fallen to the floor.

Harris died at the church.

Karey ran from the scene, but minutes later called 911 and surrendered to police. He later told investigators where to find a shotgun and .22-caliber pistol he had hidden in woods nearby.

Karey has been booked on a second-degree murder charge and is being held in lieu of a $1 million bail.

Karey has no criminal record and his motive for shooting Harris is not yet known.

More from GlobalPost: Man stabs 4 during mass at a church in Albuquerque