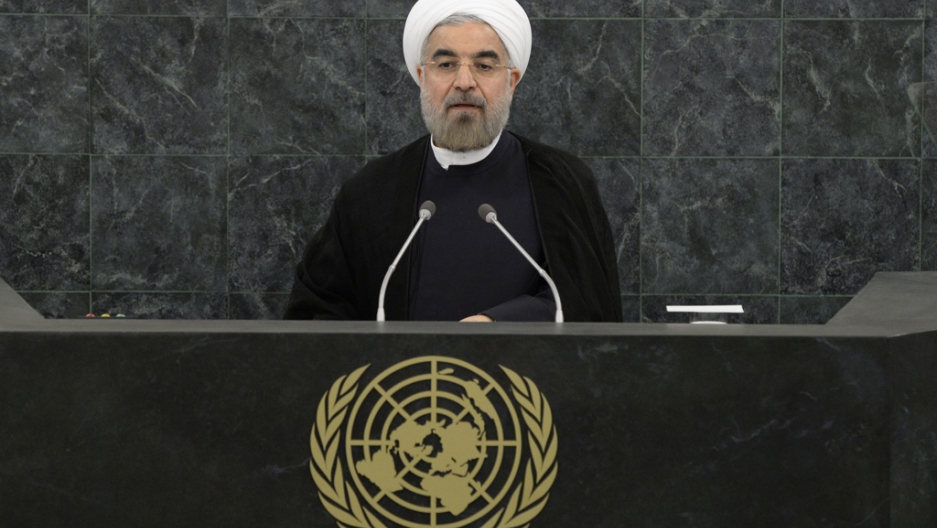 Iranian President Hassan Rouhani on Friday praised remarks by his US counterpart and vowed to present a new nuclear agreement at upcoming talks in Geneva, reported Reuters.

Rouhani was speaking to reporters on the sidelines of the United Nations summit in New York, where Rouhani and Obama had gathered along with numerous world leaders.

Since his arrival in New York, the new Iranian leader — elected in June — has presented a decidedly different image from that of the former Iranian leader Mahmud Ahmadinejad.

Rouhani welcomed what he described as a new tone in US President Barack Obama's speech at the UN, saying he hopes it points warming relations between the two nations, according to the Associated Press.

The two heads of state did not meet in person during the conference, but Iranian Foreign Minister Javad Mohammad Zarid and US Secretary of State John Kerry did speak on Thursday.

Their exchange marked the first person-to-person diplomatic contact between the two nations since Iran's 1979 Islamic revolution.

On Friday, Rouhani reiterated his determination to address the nuclear issue.

Rouhani told reporters on Friday that his government will present a nuclear plan at next month's negotiations in Geneva, reported Reuters.

Iran's new president has been giving many media interviews since his arrival in America, appearances that have been closely watched on social media. Here's a closer look at the commentary on his Friday press conference: