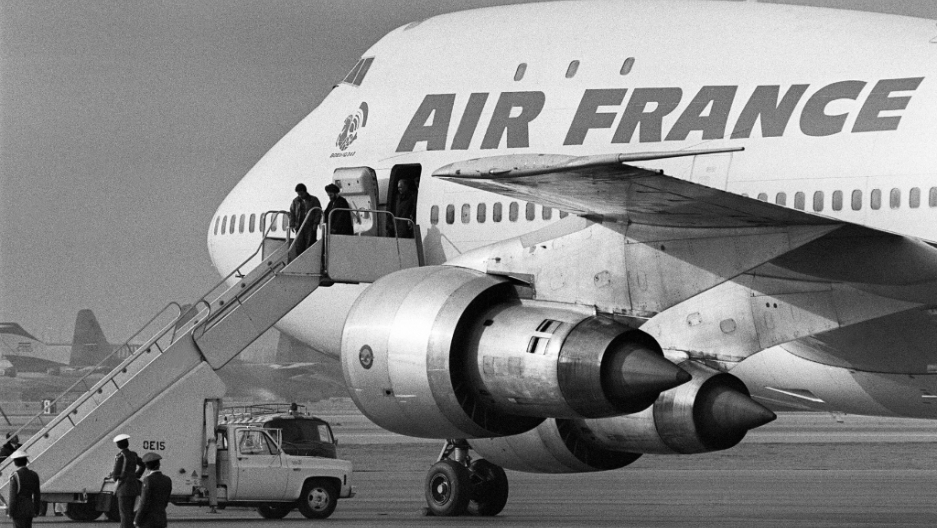 Photo taken 01 February 1979 at Tehran airport of the Air France Boeing 747 jumbo that flew revolutionary leader Ayatollah Ruhollah Khomeini back from exile in France to Tehran. Iran is set to buy the plane, a government newspaper said 29 January 2006. Although Iran's US-backed shah had already fled the country when Khomeini returned from exile in the small French town of Neauphle-le-Chateau, the 747's landing is seen as the true start of the Islamic revolution.
Credit: GABRIEL DUVAL
Share