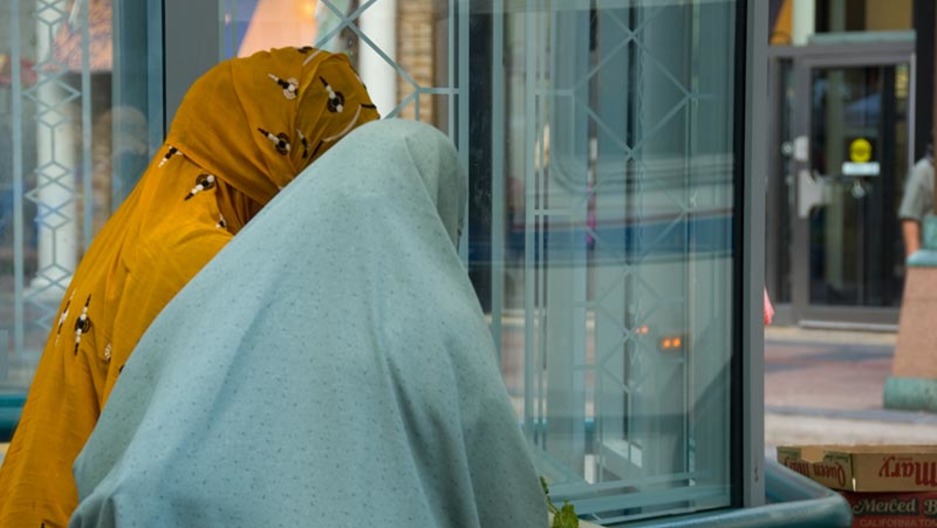 Two Somali women stand together on Nicollet Mall in Minneapolis.

Share
The Twin Cities of Minneapolis-St. Paul host one of the largest Somali communities in the US, and it is a suspected recruiting ground for al-Shabab, the terrorist group that has claimed responsibility for the attack on Nairobi's Westgate mall.

As suspicions fell that some of the Nairobi terrorists were from Minnesota, the community response was swift, according to Zuhur Ahmed, 28, a former host of a radio show for the Somali community in the Twin Cities.  She said, "Somalia's religious leaders denounced and condemned the terror attacks and made it clear to the world that al-Shabab doesn't represent the Somalis and the Muslim faith."

Ahmed has doubts that members of the community were part of the Nairobi attack. In the past, she said, when someone from the Minnesota Somali community was involved in a terrorist act, word got around. There was nothing said this time, she said.

Still, Ahmed said, she wouldn't be surprised if it was discovered that someone from her community was involved. Ahmed had known one of the men who participated in an al-Shabab suicide attack in Bosaso and Hargeisa, Somalia. Shirwa Ahmed (no relation) was thought to be the first American suicide bomber in Somalia.

What makes these young Somali American men ripe for recruitment by groups such as al-Shabab, said Ahmed, goes back to "a sense of belonging.  It's an identity crisis and there's this group that is somehow indoctrinating them, telling them you belong here.  Their mission statement seems to be attractive to these lost young men."