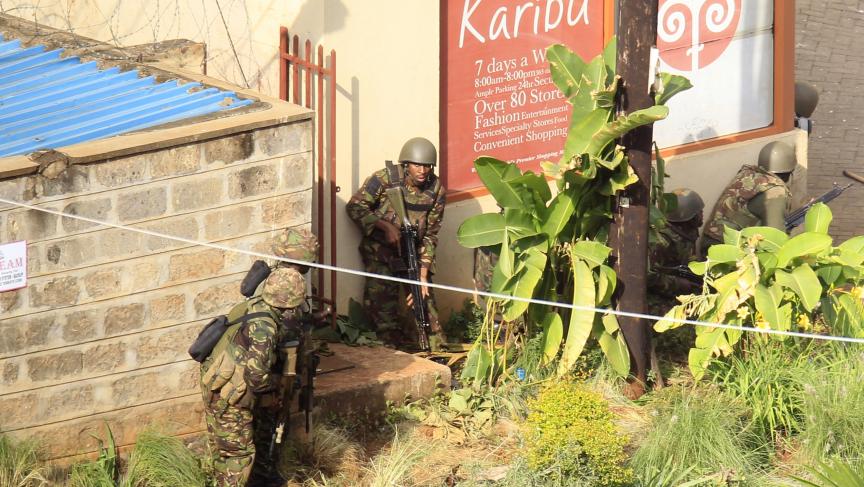 Kenyan soldiers take cover behind walls near the Westgate shopping centre after an exchange of gunfire inside the Westgate mall in Nairobi, Monday.

The violent attack on the mall in Nairobi is a sign of desperation from the Somali group responsible for it, according to analyst Ken Menkhaus.

Menkhaus is a professor of political science at Davidson College in North Carolina.

He's studied Somalia for years and was there just this past summer.

He says al-Shabab studiously avoided attacking soft targets in Kenya, when it was strong.

Menkhaus says Shabab feared Kenyan retaliation against itself and against the large ethnic Somali community inside Kenya.

So it's a huge gamble to risk this now, and Menkhaus says there's a good chance there could now be a tough reaction from Somalis against Shabab.