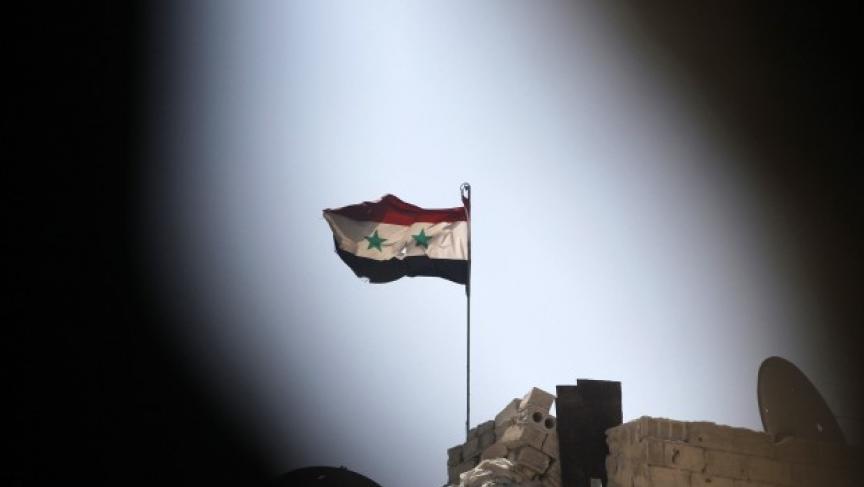 The battle for Syria continues. Here a Syrian national flag can be seen from a rebel position, flying over a building controlled by forces loyal to President Assad in Ashrafieh, Aleppo, September 17th 2013.

A deal is shaping up for President Bashar al-Assad to surrender his poison gas, and the prospect of a US-led military intervention now seems pretty remote.

But the civil war in Syria is raging on.

"Nobody is winning," says Joshua Landis.

Landis is Director of the Center for Middle Eastern Studies at the University of Oklahoma.

"The US is committed to arming and supporting the rebels just enough to keep fighting, but not enough to win. And that is a policy of stalemate."

Landis says the Assad government has benefited from aid from the Lebanese shi'ite group, Hezbollah, and from Iran.

It has also benefited from divisions between secular and Islamist rebel factions, which have recently clashed openly.

But Syria is 60 percent Sunni, and the battle lines have once again settled into a stalemate.

"What we're seeing in a sense here is a re-negotiation of ethnic power in Syria."