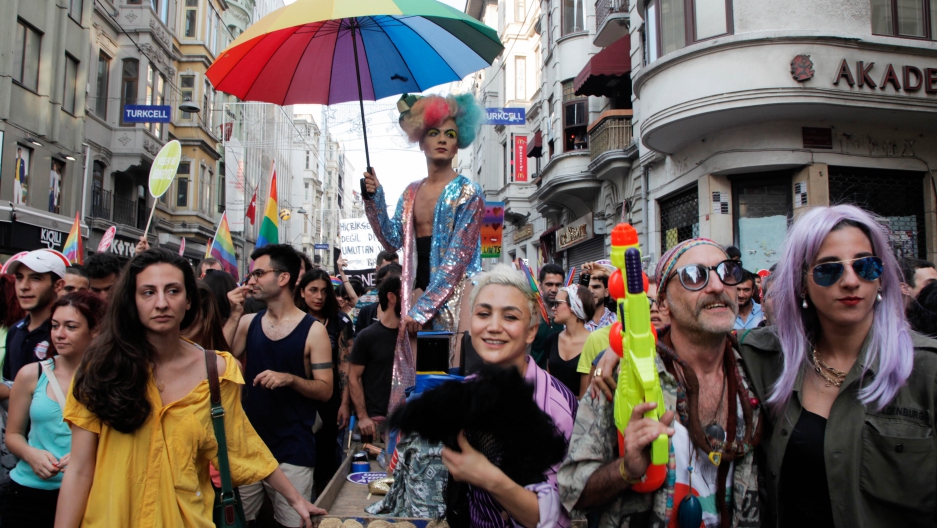 People in Istanbul, Turkey march and chant slogans during a gay parade on Istiklal Street, the main shopping corridor on June 30, 2013 in during the fourth Trans Pride Parade as part of the Trans Pride Week 2013, which is organized by Istanbul's 'Lesbians, Gays, Bisexuals, Transvestites and Transsexuals' (LGBTT) solidarity organization.
Credit: GURCAN OZTURK
Share

REYHANLI, Turkey — Can Cavusoglu, a Turkish activist, has launched a campaign as the nation's first openly gay mayoral candidate, according to Turkey's Hurriyet.

Cavusoglu announced a bid to run in the Black Sea town of Bulancak, home to about 60,000, in the March 2014 local elections, said Agence-France Press.

The 43-year-old, who was born in Istanbul and educated in the United States, describes himself as a  “gay, activist, writer, thinker, painter, humanist and women rights activist," said Hurriyet.

He will be running as an independent candidate.

“The international values I possess, the representation skills and governmental accounting can be found only in a few people,” he said on Thursday, when he announced the bid, according to Hurriyet.

Homosexuality is legal in Turkey, but discrimination remains a problem. As recently as 2008, the death of young, openly gay Ahmet Yildiz was seen as the country's first reported gay honor killing, according to The New York Times.