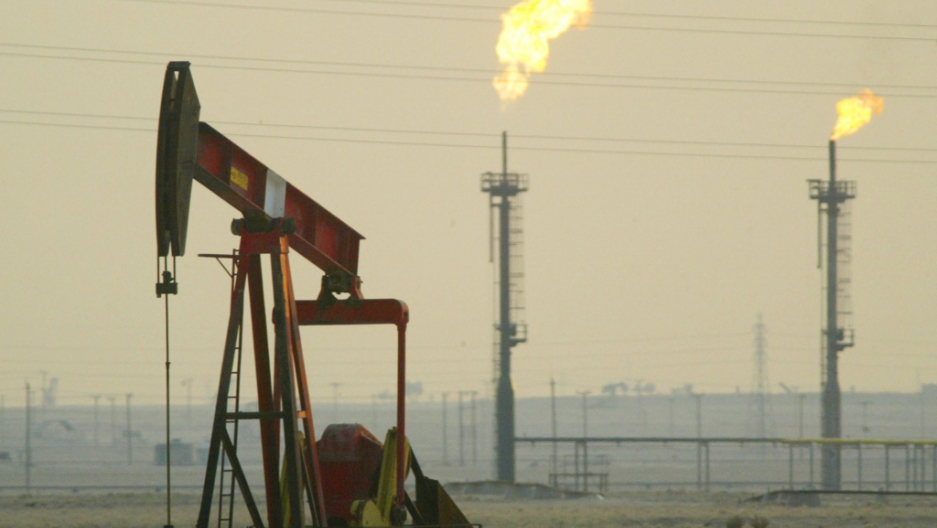 With more than 100,000 people killed, including scores slaughtered with chemical weapons, and related violence and humanitarian crises beyond its borders, it may be hard to imagine Syria's 2 1/2-year-old civil war getting worse.

Yet the theory of unintended consequences suggests that sticking Uncle Sam’s nose deeper into the Syrian conflict — even in the arm’s-length form of cruise missiles — could prove to be the catalyst for a chain of events that sets the Middle East on fire.

From an economic standpoint, the greatest concern is that Iran, whose military has warned it would take unspecified action if Syria were hit, and would target Saudi, United Arab Emirates' or Qatari oil and gas terminals. With Saudi Arabia's recent public backing of military action against Syria, this possibility has probably risen.

With just such a threat in mind, in recent years the US has quietly approved the sale of billions of dollars worth of Lockheed Martin and Raytheon anti-missile defense systems to Saudi Arabia, UAE, Qatar and Oman to deter this threat, though their state of readiness and effectiveness is subject to serious doubt.

What’s not in doubt is the fact that global markets would react sharply to any strike on oil facilities, particularly Saudi Arabia’s Ras Tanura oil terminal — the world’s largest — and Abqaiq, the control center for the vast oil fields of the Eastern Provinces.

Iran has also repeatedly threatened to mine the Strait of Hormuz, off Iran's and UAE's coasts, through which much of the world’s oil passes.

Most economists see the global effects of a potential US airstrike on Syria, or even a deepening of its internal conflict, as limited, due to Syria's relatively isolated economy.

Oil industry analysts tend to agree with the Obama administration's assessment that contagion — via retaliatory attacks on oil facilities — is a very unlikely scenario.

But markets are jittery whenever global supply chains are threatened. A disruption of Gulf energy resources lasting weeks, oil traders' estimates show, could add 50 percent or more to the cost of a barrel of oil and shave as much as a full point off global GDP growth.

Whether Iran would take this step, given the response it would invariably provoke from the US and other nations, is uncertain.

Higher oil prices certainly serve Iranian interests, as well as those of Iran's friends in the Kremlin. In the wider world, though, such a change would infuriate oil importers and historically important Iranian customers like China, Japan, India and South Korea.

Syria or Iran could lash out in other ways, though.

In Tehran, the commander of Iran’s Revolutionary Guard Corps, Mohammed Ali Jafari, predicted that any attack on Syria would lead to Israel's "imminent destruction."

With Mahmoud Ahmadinejad now out of office, this kind of bluster has not been reinforced by the country’s new president, Hassan Rouhani, or by other Iranian leaders.

But past inflammatory remarks by Iran, its possession of medium-ranged ballistic missiles, and its suspected pursuit of nuclear weapons technology mean any such statements must be examined closely.

More from GlobalPost: How would Syria strikes affect humanitarian work?

Other realistic scenarios known to be worrying Western military officials include an Iranian missile attack on US or French bases in the Gulf or on Britain’s base in Cyprus, though the UK’s decision not to take part in military action probably makes the latter less likely.

Even outside Armageddon or major oil supply disruptions, Iran and its Revolutionary Guard, which is known to act independent of political control, could still stir up the kind of trouble that widens Syria’s civil war.

Iran is the primary supporter of the Shia militia Hezbollah, whose fighters have joined the Iranian Revolutionary Guard on the Syrian front lines alongside Assad’s forces. Iran has rearmed Hezbollah with missiles and other ordnance since the Shia militia’s clash with Israel in 2006, leaving a looming threat.

The International Committee of the Red Cross estimates some 2 million Syrian refugees are encamped in Jordan, Turkey, Iraq and Lebanon — as well as farther afield in Egypt and the Gulf. While many are opponents of the Assad regime, a minority are reportedly supporters driven from areas now held by Syrian rebels.

In Lebanon, particularly, pro-Assad Syrians have swelled the ranks of those with an interest in retaliating after a potential US-led action. Clashes in the border city of Sidon earlier this summer were blamed by Lebanon’s defense ministry on the spillover from Syria.

Inside Syria risks also exist. Assad has arrayed some of his most valuable military ordnance in such a way as to make civilian casualties almost inevitable in the event of an outside strike.

Syrian missiles batteries, air bases and other military infrastructure also are known to be crowded with Iranian Revolutionary Guard “advisers,” as well as a smattering of Russian technical advisers training Syrian forces in the use of recently delivered equipment.

There is also the risk of actually hitting a store of chemical or biological weapons, thus inadvertently creating precisely the kind of tragedy the airstrikes are meant to prevent.

Forgotten in much of the political and geostrategic calculus, however, are the Syrians themselves.

Ask a Syrian whether he or she would like to see Tomahawk missiles streaking above their skies, and the answers may vary widely.

Supporters of the nerve gas-wielding ruler — Assad’s Allawite clan, along with Syrian Christians who have sheltered under the Assad dynasty’s molting wings — would answer no.

Many Syrians in the country’s Sunni Muslim majority, however, as well as the Kurdish minority, may favor a US airstrike.

A US strike to degrade the dictator’s military capabilities, however incremental, would largely be welcomed by the rebel forces' pro-Western factions, as would the lifeline of support from Washington that such a decision would represent after years of Western prevarication.

Hovering above it all is the question of America’s own credibility.

For President Barack Obama and supporters of his Wilsonian activism, America must act because a failure to act invites chaos. A stable global order where certain red lines are respected is in America’s interest.

But a growing number of Americans simply do not buy this anymore.

More from GlobalPost's Unraveler: In Syria debate, history’s in the eye of the beholder