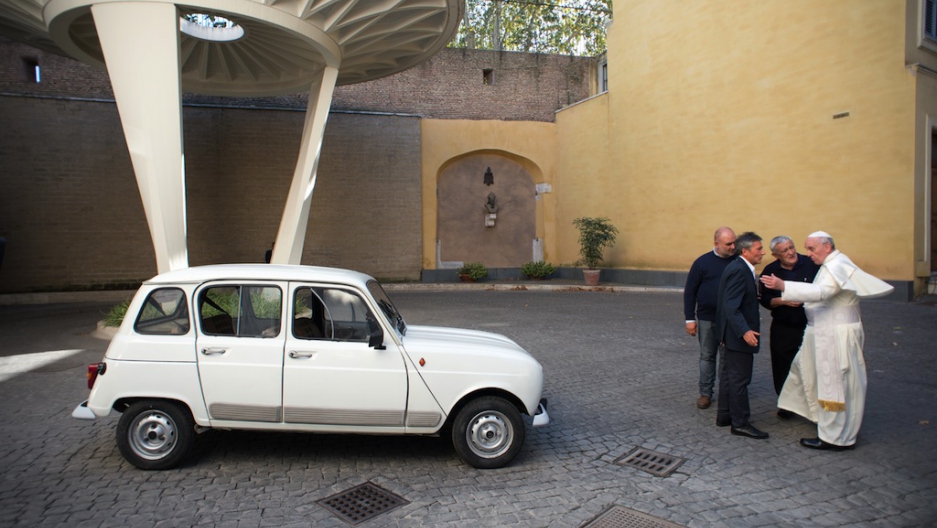 Pope Francis has made no secret of his efforts to save money and reform the Vatican's finances and now he's found a new way to cut costs.

The Pontiff accepted a gift of a 20-year-old car and will be driving himself around St. Peter's Square.

The car was a gift from Father Renzo Zocca, who told Italian magazine Famiglia Cristiana he wanted to give the Pope a gift following his effort to create a church for the poor.

"What better than my old Renault 4?" he asked.

Vatican spokesman Rev. Ciro Benedettini said Francis accepted the 1984 Renault 4, and will actually be doing his own driving.

"The pope intends to drive it," he told the Associated Press.

The car, in spotless papal white, has 190,000 miles on its odometer and a manual gearbox.

The BBC's David Willey in Rome said the Pope's bodyguards were amazed when he took the keys and drove off.

"The security personnel next to me were very concerned because they understood that from now on he would be tooling around the Vatican in my car," Zocca told Famiglia Cristiana.

"I left some snow chains in the trunk. You never know," he added.

Pope Francis is known for his humble lifestyle and said he used to drive the same car back in his native Argentina.

He's been on a push to convince Vatican priests to save money by skipping expensive limousines.

For decades, popes have used the fortress-like Popemobile, which features a raised seat and panoramic, bullet-proof windows, for public trips outside Rome.

But Francis has already been parking the Popemobile in favor of simpler, open-topped cars.

He left the Popemobile behind on a recent trip to the island of Lampedusa off Italy in favor of an open-topped Fiat.

He also skipped the fortified car to travel around Rio de Janeiro in July.