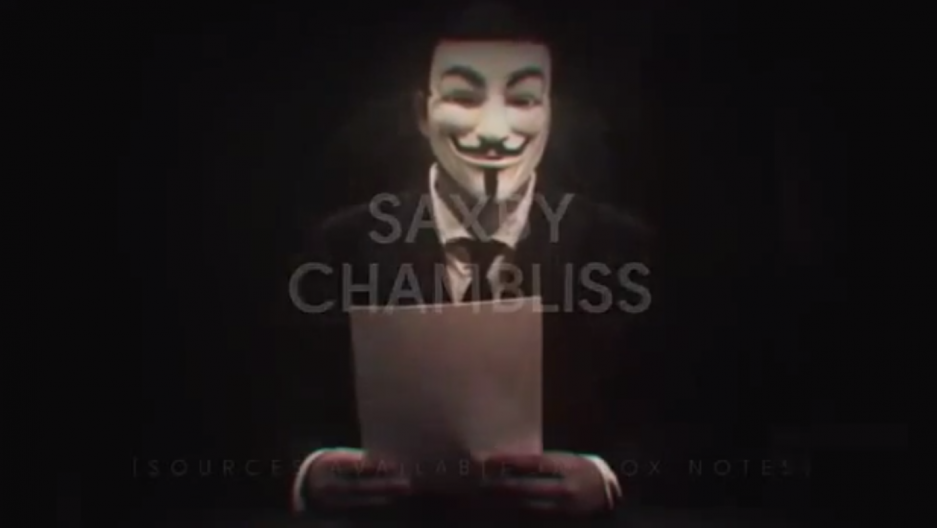 A screengrab of one of several OpNSA videos calling attention to campaign contributions made by the intelligence community and intelligence contractors to US lawmakers.
Credit: Screengrab
Share

Members of the Anonymous hacker collective, known as Anons, are targeting US lawmakers who have financial ties to intelligence contractors in their latest campaign.

Unlike other Anonymous operations, however, OpNSA does not involve hacking or illegality of any kind.

Instead, the operation aims to bring attention to what Anons have termed collusion between US senators and private contractors, whom Anons allege enabled privacy violations as part of National Security Agency surveillance programs.

Those involved with OpNSA say that these lawmakers have been given a pass by the American public in spite of playing a large role in enabling the government to violate the privacy of citizens via NSA programs. By raising awareness of those connections among the officials' constituents, Anons hope the senators will begin losing public support.

“There are those who say; 'If you have nothing to hide, you have nothing to fear.' However these are the same people who won't tell you any of their own personal information upon your request. Complacent cowards like these have made it easier for this enormous surveillance operation to come to fruition,” reads a statement released by OpNSA.

“Campaign contributions is just a fancy way of spinning ‘bribes,'” said one Anon involved in the operation. “Saxby Chambliss is a money sponge.”

The Anon continued: “Dutch Ruppersberger and Mike Rogers are huge players, over $800k from defense contractors and NSA-affiliated tech companies since 2007, when the Protect America Act was implemented.”

The information Anons are highlighting has already been made public by NSA leaker Edward Snowden. Online outrage over NSA spying programs revealed by those leaks has centered mostly on relationships between the intelligence community, intelligence contractors and the Obama administration.

“Campaign contributions are public, yes, but hardly anyone ever looks into it themselves which is why we are working to make [OpNSA] as viral as possible for each politician that we did a video on who is up for reelection,” one Anon told GlobalPost.

More from GlobalPost: Hacks continue as FBI claims to have dismantled Anonymous

In addition to redirecting public outrage and placing more blame on lawmakers for what they see as privacy violations, OpNSA also hopes to the American public thinking of Snowden as an important whistleblower, whose revelations are of great consequence.

“Surveillance is not the same thing as security, no matter how politicians or federal officials want to spin it,” said another Anon involved with OpNSA. “What the government is doing may not be as grotesque as George Orwell's Telescreens from "1984" but while it's not as obvious, it's not that far off.”