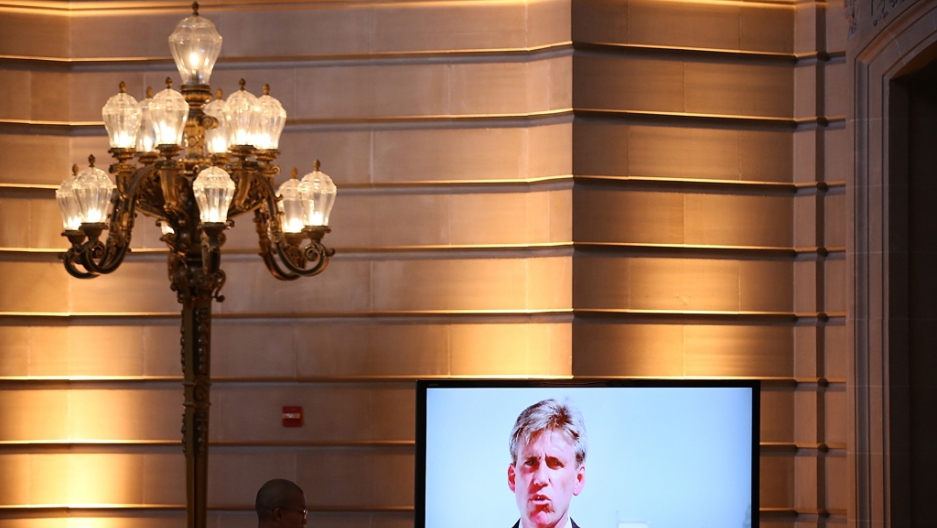 JERUSALEM — The last person who would have been surprised by a headline like “Libya Thwarts Arrests in Benghazi Attack” was Chris Stevens, the knowledgeable, intelligent diplomat who, as US Ambassador, was killed in the Sep. 11, 2012 attack the headline references.

At one point in yesterday's article detailing yet another American conundrum in the Middle East, Rep. Mike Rogers of Michigan, who heads the House Intelligence Committee, is quoted saying: “You cannot have an attack on the mission, 12 months later identified a good number of the participants, and have absolutely no consequences for the taking of American lives.”

The article then clarifies: “Mr. Rogers would not specify what action he supported, but he did not rule out military action.”

I can just imagine Chris' toothy grin. That was often his reaction when another Middle Eastern puzzle was being hotly tossed around. Usually he knew more than anyone else at the table, and usually, he kept his own counsel.

When he spoke, Chris had the uncanny ability to express himself in kaleidoscopic terms, highlighting and analyzing each angle of the story before nimbly moving on to the next aspect — one you'd never quite formulated before. It was a quiet, bravura performance, and it was impressive as hell.

Chris was impressive as hell. In many of the shocked, initial articles that were published when he died Chris appears as a utopian figure: the son of musicians, a young guy who served in the Peace Corps before embarking on a life-long career representing his nation in one of the most problematic parts of the world. All that is true.

He was also experienced, open-eyed and smart, with nothing green about the gills or naïve about him. He loved this region and its peoples and languages, but he was anything but guileless.

Chris would have been the first to appreciate why, in the question posed in the article about the Benghazi attack, the United States must balance its demand for justice with a struggling young government's hope to survive. In the least funny irony of all, he'd have been able to better explain it than anyone else.

What stands out for me is how deeply Chris understood the regional players and how they interlocked and clashed. His analyses were brilliant. In this respect I can only imagine he was an invaluable resource for the US.

I recently asked a friend, also a diplomat, for his thoughts on the American quandary vis-à-vis Syria.

“Not sure,” he replied. “At this point the Americans seem to have painted themselves into a corner. Would have been interesting to hear Chris. He used to live in Damascus.”

The former US ambassador Chris Stevens (L) and GlobalPost's Noga Tarnopolsky (R) in a photo from 2006.

He had lived most everywhere in this region, and in each place, he lived and breathed it to the utmost. He knew the Middle East in his bones.

It is a dishearteningly barren exercise to wonder what he'd have thought of the dense political bickering that followed the attack. I don't think I heard him utter a partisan word as long as I knew him. Inside-Beltway politicking seemed to bore him entirely.

But at least a dozen times I have asked myself what he might have had to say about the disastrous tenure of the outgoing US Ambassador to Egypt, Anne Patterson.

“How did it come to be,” asked The Washington Post in July, “that two-and-a-half years after Egyptian protesters rallied against President Hosni Mubarak, whom President Obama eventually said should leave office, did that protest movement come to see the US as such a villain that the American ambassador is called out by name? Why is the same administration that helped push out Mubarak now the bad guy?”

One of the theories about Patterson's much-aired misjudgments is that, despite having been previously stationed in Colombia and Pakistan — volatile states which were hoped to have given her a degree of expertise — she actually knew little about the specific region and less about the revolts tearing it apart.

Libya has become everybody's go-to example in the past year, not so much for the tragedy in Benghazi, but as a case in point for what should be done in Syria.

Advocates of Western engagement use the successful case of the downfall of Libyan dictator Muammar Gaddafi without the loss of foreign life — at the time of his ouster — to push for action. Those on the other side never tire of pointing out the many differences between Syria and Libya, among them the strength and loyalty of the army, oil and Western mandatory history, with Italy feeling more deeply its ties to Libya than France does to Syria.

In the anarchic fragmentation of the region, there is more and more the feeling that any steps taken by the West, and all those not taken, lead only to carnage. The West is faced with an array of horrible options.

America's muddled uncertainty about whom or what to believe when presented with intelligence about weapons of mass destruction in the Middle East may be an inevitable result of the sham of Iraq, but we are now left only to hope that the current disposition will not bring about as many unnecessary deaths as the first mistake did.

It is too easy to say that the one thing we need in a moment like this, and exactly what we are missing, is as seasoned and nuanced a man as Chris was. It’s easy and true.

Like Greg Hicks, Chris' deputy, I think we all feel "perplexed and frustrated at the way this has all played out."

"Ambassador Stevens went to Benghazi to do his job," Hicks says, in answer to so many questions.

Of course, for everyone who loved Chris, the trivial things he is missing — family, friends, writing his charming, enlightening emails, music, excellent food — now loom gigantic.

The loss of his life, in all its glorious triviality, is such that we almost gloss over the wisdom and labor that I venture to say American diplomacy and, inexorably, the entire world, is missing due to the senseless loss of this singular, excellent man.