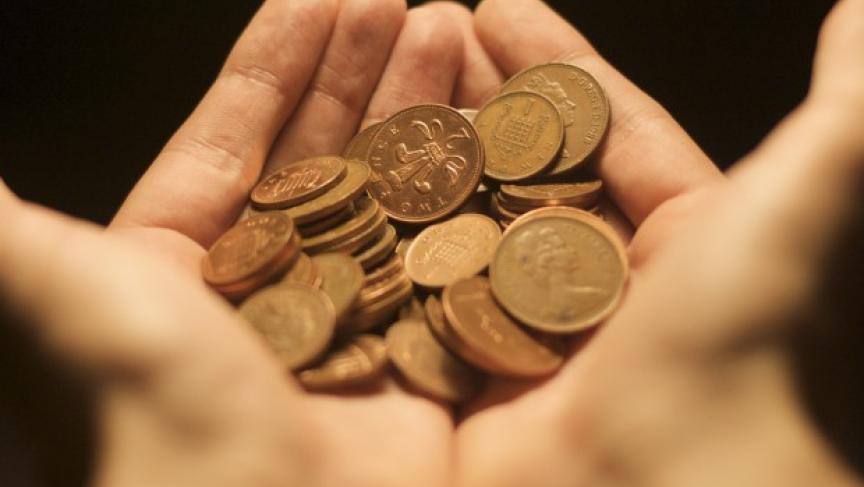 As part of The World’s investigative project Tracking Charity, we recently held an online chat with experts in the realm of giving. Our question: How do you know a good charity when you see it?

Seriously, this is a hard question! Discussion: How Do You Know a Good #Charity When You See It? #Int #Aid http://t.co/ZTsNQrl5f4

It's not an easy question to answer, particularly when you are focusing on organizations that work in developing countries while securing donations from people in the United States. Here are some takeaways from the chat and a few additional perspectives that might help donors think through where they put their dollars.

So, how do you know a good charity when you see it?

Here’s one tip: Look at a charity’s website and marketing materials. Pay attention to how the organization portrays the recipients of its aid.

“They should never be represented as tragic victims or simply as happy, passive recipients of Western aid,” says Cecelia Lynch, a blogger and professor of political science at the University of California, Irvine.

Dayna Brown, from a Massachusetts-based nonprofit (CDA) that works to improve international aid, agrees. She says that good charities see the communities they work with as the drivers of initiatives.

Brown recommends asking: "Do [the] charities involve local people in coming up with options and ideas for addressing the challenges and priorities they have identified? Do local people have a voice in determining what programs or projects are funded by the charity?"

The more answers a donor can get to these questions, the better, says Brown.

Can you identify a good charity by examining its financial statements?

Experts say a financial statement alone can’t tell you whether the aid is making a difference in the lives of the people it is meant to help.

“Financial measures are part of the mix but aren't the only thing donors should examine,” says Sandra Miniutti of Charity Navigator, an organization that independently evaluates nonprofits. Charity Navigator, she explains, rates organizations based on their expenses -- how much goes to overhead versus programs -- and also rates them on their transparency, such as whether they have an annual audit. In January, they announced a new criterion that tracks whether charities regularly report the results of their work.

Holden Karnofsky, co-founder of GiveWell, which also evaluates charities, points to the “overhead myth” – the idea that low overhead costs are an indicator of good charity. “To us, the important metric is something more like ‘good accomplished per dollar’ than ‘percentage of money spent in a particular accounting category,’” Karnofsky says.

Iqbal Dhaliwal of MIT’s Abdul Latif Jameel Poverty Action Lab offers a hypothetical example. Imagine that a charitable organization buys textbooks and distributes them to schoolchildren. The charity reports its success back to donors in the number of textbooks delivered. “Very often,” Dhaliwal says, “no attempt is made to rigorously measure the one outcome that really matters and that motivated this entire program: the learning levels of the children.”

Dhaliwal’s organization helps charities evaluate their true impact by studying whether aid enhances education, health, income – or whatever happens to be the ultimate goal.

What's the biggest misunderstanding out there about what makes aid effective?

“Many people imagine that as long as the charity they're supporting is well-intentioned, honest, and isn't spending too much on overhead and fundraising, that their money is well spent and accomplishing good,” says GiveWell’s Karnofsky. “In reality, we know very little about how most aid programs affect the people they're trying to help. It definitely takes more work to gain confidence in even a single charity than most people have time to do.”

Organizations like GiveWell and Charity Navigator are designed to help donors with vetting. Both organizations recommend that you proactively seek out charities (and not just give money to the solicitors who call you) and that you ask charities probing questions about what they do.

For Sam Dubal, a physician and a graduate student in medical anthropology at UC Berkeley, donors would do well not only to examine the charities to which they give, but their own motivations.

“The first question is not really about the NGO, but a question about yourself. What kind of work are you attempting to do on yourself by giving money to an NGO?”

What are your criteria for donating money to an organization? What questions do you ask and what information do you seek? Share your thoughts in comments below.