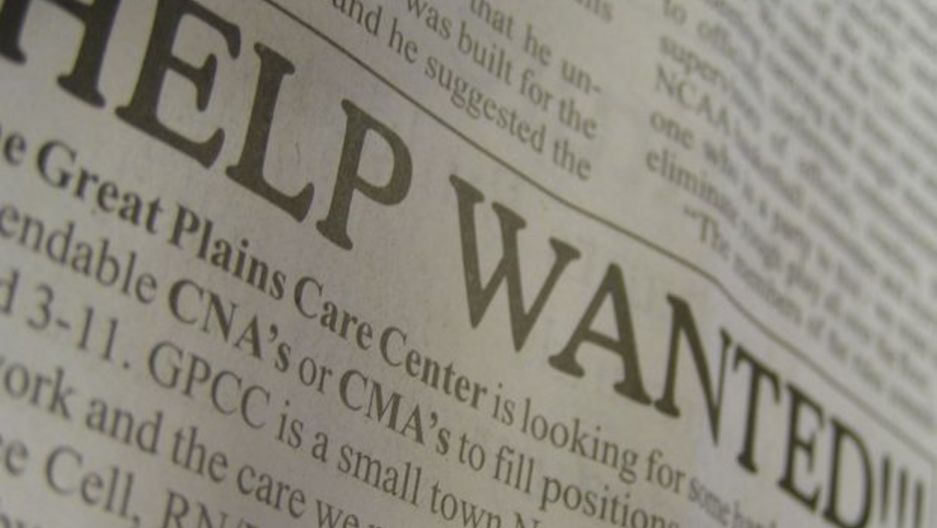 The U.S. economy continues to add jobs, albeit at a pace that might gently be described as slow.

The latest resport from the U.S. Bureau of Labor Statistics showed that the economy added 169,000 jobs last month, keeping pace with the yearly average of about 200,000 jobs a month.

Experts suggest the underwhelming numbers are the result of people giving up their employment search.

"If you retire, if you say 'I can't find a job I'm just going to stop looking', whatever it is, that's the reason for this decline in unemployment," said Charlie Herman, WNYC's Business and Economic Editor. "But that's not the reason you want to see the unemployment rate going down."

The United States economy, still reeling from its collapse in 2008, would require a higher rate of growth, around 300,000 jobs added per month over the next four years to fully recover from the crash, experts say.

As with every job report, the real factors affecting change on the economy remain somewhat unknown, leaving economists to make their best guesses.

"As we're going through changes, what we don't know is how much of this drop-off is related to there are more baby boomers retiring," Herman said. "A lot of issues of older people who've lost jobs and can't find new ones, perhaps they're the ones not returning to the workforce."

The Federal Reserve has considered tapering off its bond-buying program in anticipation of job growth, but experts are divided over how soon that change will happen.

"A lot of journalists seem to think this is going to be the Fed saying 'Well maybe we'll hold of on the taper for a little bit'," Herman said. "But a lot of economists are saying 'We think it'll still happen. We think that this month we'll start seeing the Federal Reserve starting to slow down these programs that they have and stop, you know, buying all these bonds, buying all these assets trying to keep the economy going.'"

But as the U.S. continues to debate whether it should intervene in the ongoing Syrian civil war, the Federal Reserve may decide not to stir up the economy further.