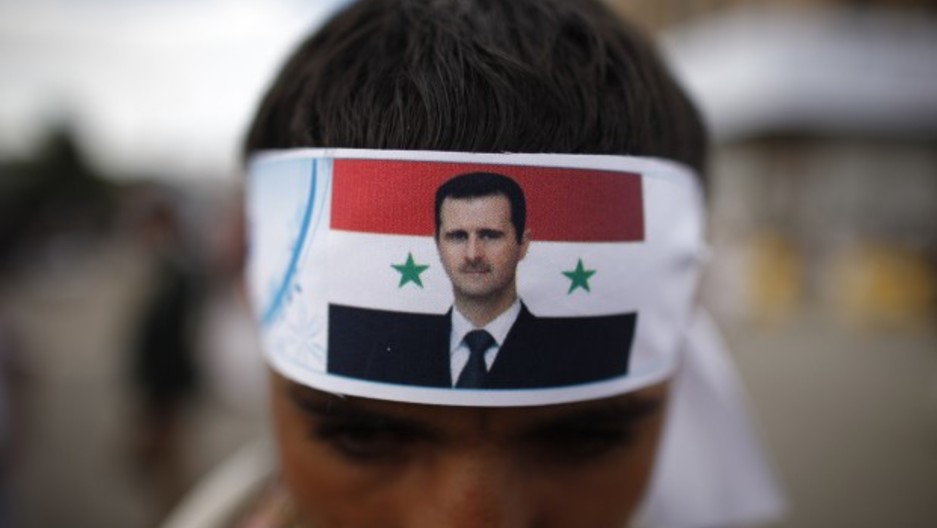 A protester loyal to the Shi'ite Muslim Al-Houthi group, also known as Ansarullah, wears a headband with a picture of Syria's President Bashar al-Assad as he attends a demonstration against potential strikes on the Syrian government, in Sanaa September 6, 2013. REUTERS/Khaled Abdullah (YEMEN - Tags: POLITICS CIVIL UNREST) - RTX139T8

Share
President Barack Obama wants the Syrian government to be punished for allegedly using chemical weapons in August. And he wants to hold Syrian President Bashar al-Assad accountable for a chemical attack on the outskirts of Damascus in which more than 1,400 people were killed. But while Obama is calling for unilateral military strikes against Syria, there are calls for taking legal action over military action. One avenue is to bring Assad before the International Criminal Court in the Hague. That's what happened to Liberia's former president Charles Taylor and Serbia's former President Slobodan Milosevic. "The International Criminal Court actually doesn't have the authority to go in and do anything in Syria right now, because Syria hasn't joined that court," said Rebecca Hamilton, author of "Fighting for Darfur." Hamilton said exceptions have been made in the "worst possible cases when atrocious crimes threaten international peace and security." The problem, said Hamilton, is that Russia and China would block any resolution to refer the situation to the ICC. Hamilton said the way to deterring the Assad regime is not just through military or legal action but a three prong approach including diplomatic action as well. "The most effective way is to have the international community aligned and all three pieces work in parallel."