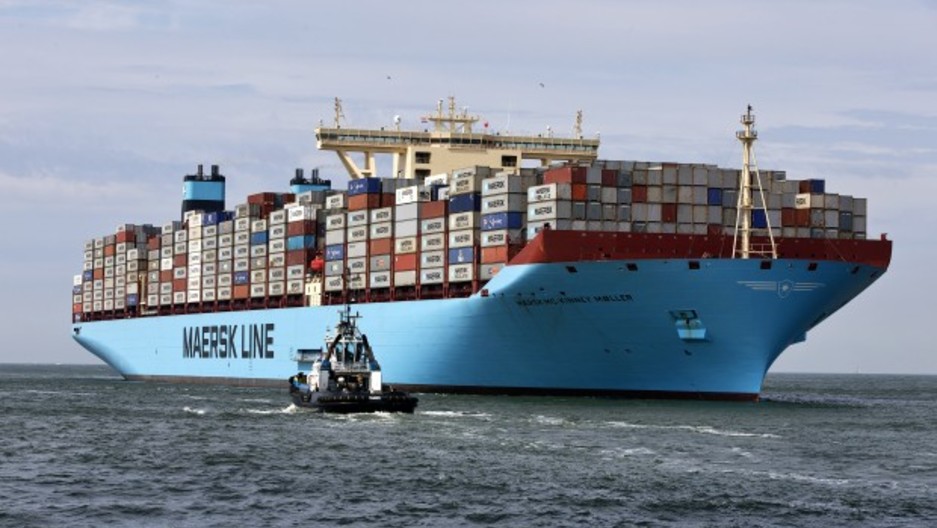 The MV Maersk Mc-Kinney Moller, the world's biggest container ship, arrives at the harbour of Rotterdam August 16, 2013. The 55,000 tonne ship, named after the son of the founder of the oil and shipping group A.P. Moller-Maersk, has a length of 400 meters and cost $185 million. REUTERS/Michael Kooren (NETHERLANDS - Tags: MARITIME TRANSPORT) - RTX12NIT

Monday's Geo Quiz is huge and it floats.

We're talking about the biggest ship in the world.

It's called the Triple E and it's a massive container ship: 1,312 feet long, and 194 feet wide, each link in the ship's gargantuan anchor chain weighs 500 pounds. And the ship is capable of carrying 9,000 containers full of stuff.

The first Triple E ever produced just went on her maiden voyage this summer and there are many more to come as demand grows for cheap ways to move products from one side of the world to another.

QUESTION:
Where are these behemoths of the sea, the new Triple E's, being built?

ANSWER:
The ship is being built in Okpo, South Korea, the global capital of shipbuilding.