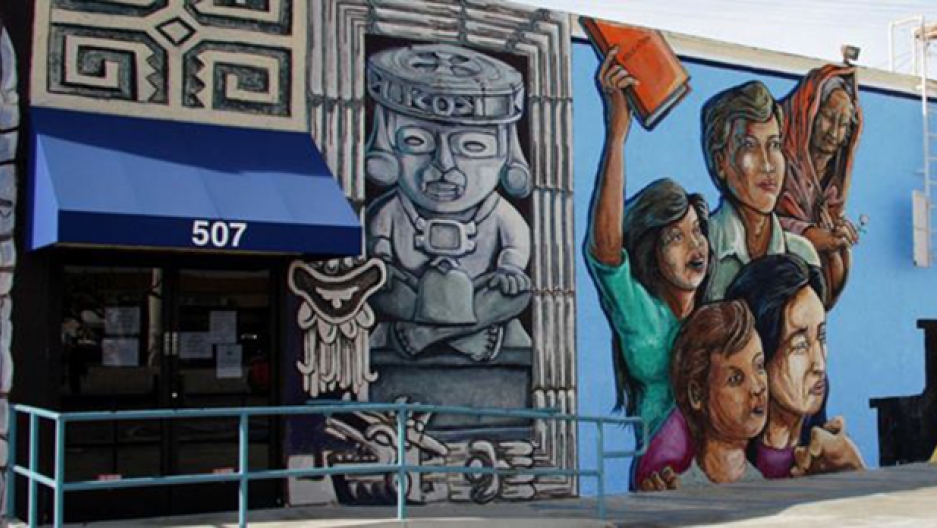 “It was after I turned 15 that things went downhill for me, in a way,” she said, trying to pin down the moment when she realized something was wrong. “Honestly, everything changed when I met someone that was not good for my life. By the beginning of high school, I knew that I wasn’t happy.”

Aurora says her high school boyfriend was manipulative and possessive. But that only triggered a depression built up by years of being bullied at school. Her grades suffered and she felt disconnected from her family.

“My mom and dad would never compare me to my brother or sister, but they would be like, ‘Well, why don’t you try harder? Why don’t you do this or that?’ I was getting it from school and from home, so there was a point when I was just like, ‘Let’s not even talk about it. I’m just going to keep it inside,’” she recalled.

She refused to leave her family’s apartment or go to school. She’d spend hours crying in her room. When school sent her parents yet another bad progress report, Aurora felt life slipping out of her control.

Then, Aurora’s mom — shes from Mexico and is also named Aurora — remembers her daughter vanishing.

“When she ran away, her dad and I were in shock,” Aurora’s mom said in Spanish. “What’s happening with this girl? I just had no idea of all the pain she held inside.”

Aurora’s mom called the police and they found Aurora hiding out at a friend’s home. At that point, it became painfully clear: The family needed outside help. Even the police who brought Aurora home recommended it.

“I spent a whole day trying to figure out Medicaid, calling here and there,” her mom said, describing the challenges she faced trying to find care. “I went to my church. Finally, someone gave me the number for a clinic. You have no idea what it’s like for a person who’s locked up in her room, who won’t stop crying.”

Eventually, Aurora’s mom found help at East LA’s Bienvenidos Community Health Center. For years, the clinic has noticed a trend that is now becoming a bit more recognized: that Latina teens face depression more than white or black women, and far more than their male counterparts.

Why? It’s known that female teens face depression more than men. But why are rates for Latinas even higher than anyone else? It’s still not entirely clear. Therapy is still rare — and stigmatized — in much of Latin America. That can carry over here.

Plus, Latinas in the U.S. can face competing gender roles — more independence in America versus traditional roles kept at home. There's also discrimination. And finally, it’s rare to find researchers and therapists focusing on this population.

At the Bienvenidos clinic, many therapists head straight to their clients’ homes to attend to mental health needs. Two years ago, therapist Eugenia Rodríguez was assigned to Aurora’s case.

“Did you even know I was coming that day?” Rodríguez asked, facing Aurora in her living room and reminiscing about the day the two young women met.

No, Aurora says, she didn’t.

“OK, so I basically ambushed her. I knocked on the door and ambushed her,” Rodríguez said, laughing.

To Aurora, Rodríguez was a therapist, but also a second-generation Latina who had struggled as a teen herself. The two hit it off right away.

“In Latino families, our family is our resource, and we need to fix it within here,” Rodríguez said. “Even if stuff is killing me, I’m not going to talk about it because then I don’t want to shame my family, or I don’t want them to think bad of me, that I couldn’t fix it.”

Rodríguez started meeting Aurora at home every week, listening, talking with her and her parents in Spanish. She diagnosed Aurora with Attention Deficit Disorder and prescribed anti-depressants for a short while. But even as Aurora started improving, Aurora’s mom still didn’t quite get what had gone wrong.

“How come I hadn’t suffered from the same thing when I was her age?” she asked.

Maybe, she says, because she had an easier time at school in Mexico. There are so many factors that make life in the U.S. more difficult, she says.

After a year of psychotherapy, Aurora is in a better place. She’s taking community college classes and working at a restaurant. Also, she’s no longer in therapy and is off medication, and she feels equipped to detect signs of depression.

“Mostly when I’m by myself, I’m always like, ‘Aurora, embrace who you are,’” she said. “I’m loud, be loud. It’s who you are, your friends love you being loud. And I don’t care about being called crazy anymore, I like it. My mom calls me crazy, my little sister, too. My friends call me crazy. But I’m not really crazy.”