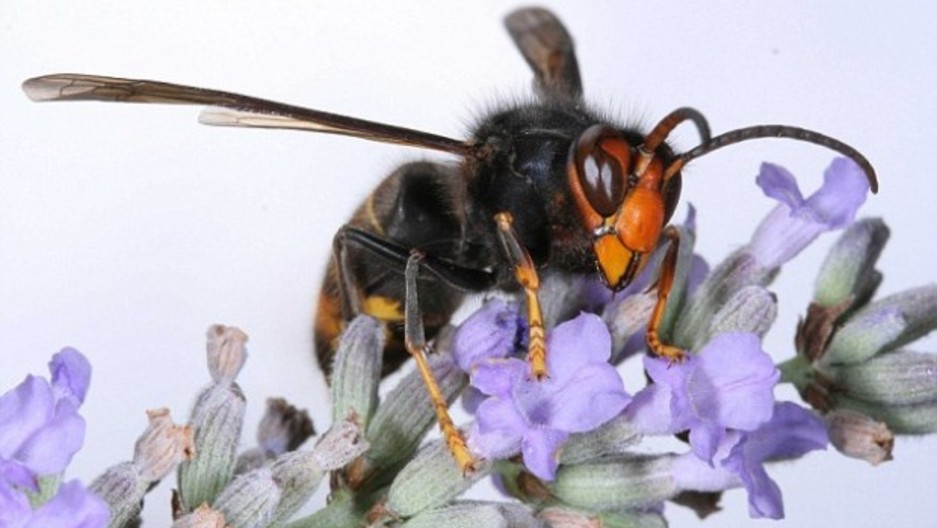 Share
For our Geo Quiz – brace yourself for an invasion. It's a tiny, non-military invasion. But beekeepers in England, Scotland, and Wales are on alert all the same. After all, we're talking about something that could seriously threaten their honey bees. These invaders have come from as far away as China and are now approaching via France. They're expected to cross the English Channel soon. According to England's Department for Environment, Food and Rural Affairs, the south east region of England could be the first to bear the brunt. What kind of invasion are we talking about? The answer is the Vespa velutina, also known as the Asian hornet. Tim Lovett, public affairs director of the British Beekeepers Association, says the Asian hornet is an invasive non-native species from Asia that recently arrived in France and is spreading rapidly. Bee experts are worried because Asian hornets are aggressive predators of insects, including honey bees and other beneficial species. So they pose a risk to Britain's bee colonies, other native species and potentially ecosystems. Be on the lookout. Vespa velutina queens have a dark brown or black velvety body, bordered with a fine yellow band. They have only one band on the abdomen: the 4th abdominal segment is almost entirely yellow/orange. Their heads are black with an orange-yellow face.