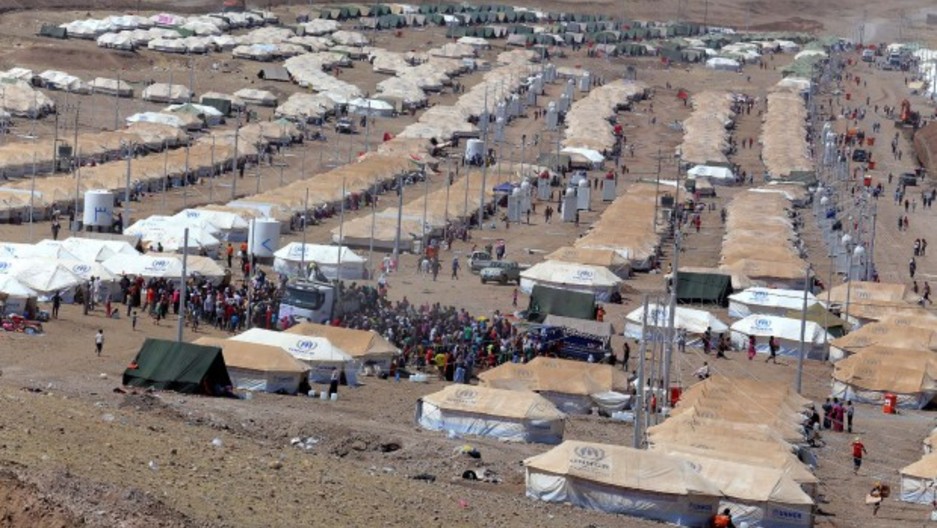 Quru Gusik refugee camp is seen on the outskirts of Arbil in Iraq's Kurdistan region, August 23, 2013. The number of Syrian children forced to flee their devastated homeland reached 1 million on Friday, half of all the refugees driven abroad by a conflict that shows no sign of ending, the United Nations said. Another two million Syrian minors are uprooted within their country where they are often attacked, recruited as fighters, and deprived of their education, the U.N. refugee agency UNHCR and U.N. Children's Fund (UNICEF) said. REUTERS/Stringer (IRAQ - Tags: POLITICS CIVIL UNREST SOCIETY) - RTX12UM9

The United Nations says that number is climbing faster than ever since the conflict in Syria began two and a half years ago.

Melissa Fleming with the UN refugee agency UNHCR in Geneva says this is a grim milestone.

"Violence and danger have driven 2 million people across international borders, that's a reflection that things are really bad in a country that is hemorrhaging it's people."

Anchor Marco Werman speaks with Fleming about the refugee crisis in Syria.