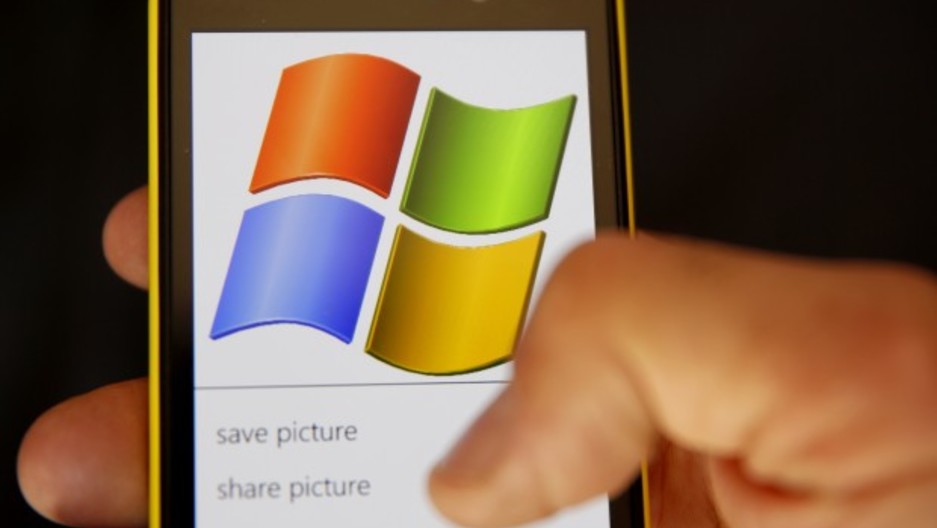 A Nokia Lumia 820 smartphone with Microsoft logo on the screen is shown in a photo illustration taken in the central Bosnian town of Zenica, September 3, 2013. Two years after hitching its fate to Microsoft's Windows Phone software, a withered Nokia collapsed into the arms of the U.S. software giant, agreeing to sell its main handset business for 5.44 billion euros ($7.2 billion). Nokia, which will continue as a maker of networking equipment and holder of patents, was once the world's dominant handset manufacturer but was long since overtaken by Apple and Samsung in the highly competitive market for more powerful smartphones. REUTERS/Dado Ruvic (BOSNIA AND HERZEGOVINA - Tags: BUSINESS TELECOMS) - RTX135K9

Share
Big tech business news from Finland: Nokia, once a global leader in cell phones, has agreed to sell its handset business to Microsoft. The move comes after a deal between the two companies two years ago which saw Nokia agree to use Microsoft's mobile operating system on all of its hardware. The deal between Nokia and Microsoft, $7 billion, is widely seen as the latest attempt to revive the flagging fortunes of Nokia, and for Microsoft to make a dent in a market now dominated by phones running Google's Android operating system, and Apple's iPhone.