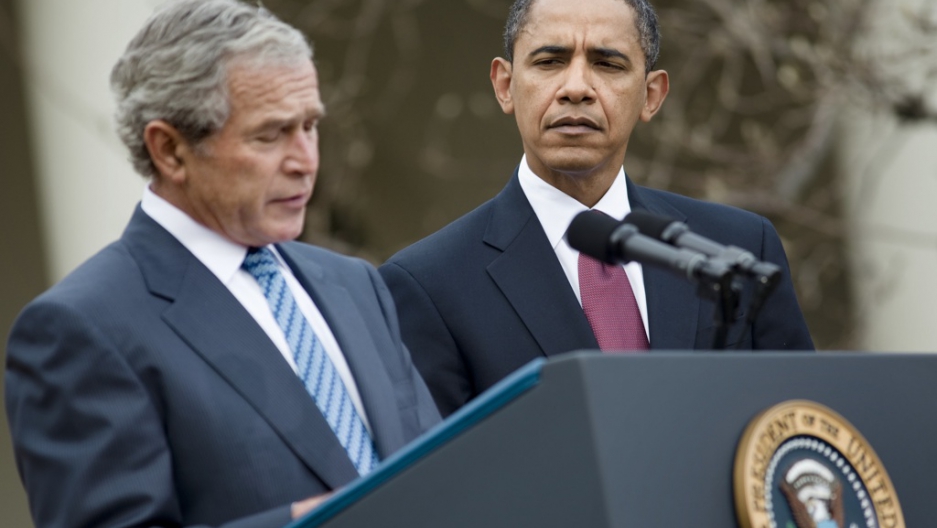 ANTIBES, France — The French have an expression that translates roughly as "the more things change, the more they stay the same." That clearly applies to American government media management.

Ten years ago, the Bush administration orchestrated a brilliantly successful public relations campaign that convinced Americans to support an invasion of Iraq that eventually became an open-ended disaster.

This time around, the Obama administration reached for the Bush playbook to orchestrate the effort to sell Congress and the public a military strike on Syria. All the same plot lines are there — a nasty dictator, an oppressed population yearning to be freed, chemical weapons, UN inspectors, edited intelligence reports and reams of unattributed leaks to the media.

The main change in this remake of America the World Policeman is that President Barack Obama, unlike his predecessor, is reluctant to use military force. In fact, the main selling point in his media campaign is that he is promising a very small show — only a few days of sea-launched missile strikes, no attempt to topple the Syrian regime, and above all no American boots on the ground (despite the rumored reports that American special forces are already accompanying rebel forces in southeast Syria).

What stays the same is that the public is clearly not being given the full picture.

Sure, the American media is more reluctant to buy the plot this time. Reporters and columnists have been asking the sort of questions they should have raised more insistently in 2003. What is the military objective? What strategic aim is it meant to achieve? What if it fails? What is the fallback plan? And so forth.

A trawl through some of the better American and British papers and news programs suggests that the administration's arguments are not being taken seriously.

The Financial Times quotes Christopher Harmer of the Washington-based Institute for the Study of War, who says "comments from anonymous senior officials that a potential strike against Syria would be 'punitive' are alarming." Harmer adds, "A strike taken to punish leaders does not constitute a strategy or even a military objective."

The paper also quotes a "senior British military commander" who, speaking privately, says it is more about "restoring US authority than about helping to resolve a vicious civil war in Syria."

President Obama unwittingly laid traps for himself when he proclaimed two years ago that Syrian President Bashar al-Assad must go. He set another trap last year when he declared "a red line for us is we start seeing a whole bunch of chemical weapons moving around or being utilized."

It is painfully obvious that the president has had second thoughts about toppling Assad. Not only because the American public has little appetite for another Middle East war, but also because he now realizes, as the private intelligence service Stratfor points out, the US would then have responsibility for cleaning up the mess after the regime collapses. In other words, if you break it, you buy it. As in Iraq.

President Obama's chemical weapons problem is more urgent, primarily because the media keep running the horrible videos and photos of civilian victims (provided by rebel opponents of the Assad government).

As Stratfor notes, negative comparisons are being made to President Bill Clinton's 1998 cruise missile strikes on Afghanistan and Sudan that failed to weaken Al Qaeda. "This limited strike could be another ineffective action to 'demonstrate' that the United States is doing something, even if that something is not much of anything."

Some of the media comments may seem unfair or too harsh. But at least the issues raised by the prospect of an undeclared war on a sovereign nation — even if it turns out to be only a very small war — are being more fully aired in the media this time.