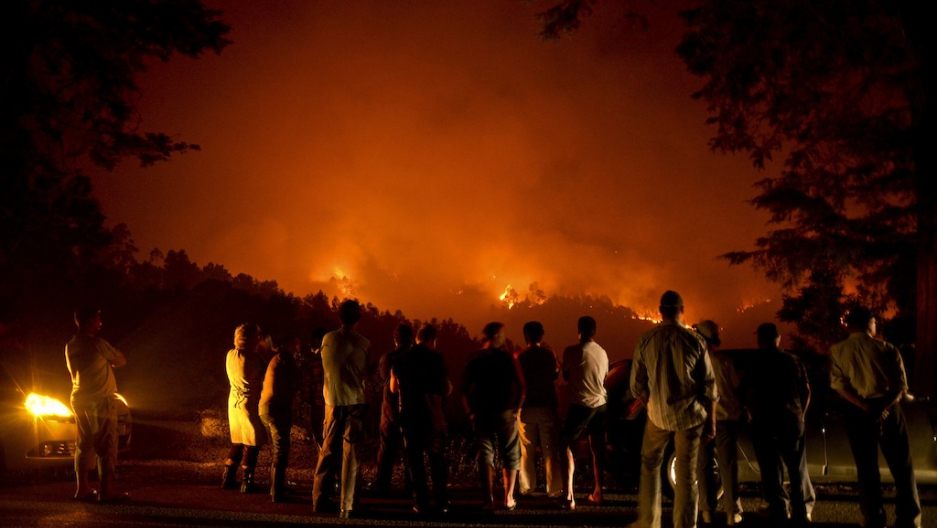 People stand watching a wildfire in Santiago de Besteiros, near Caramulo, central Portugal, on August 30, 2013. Five Portuguese mountain villages were evacuated overnight as forest fires intensified in the country's north and centre, officials said today. As many as 1,400 firefighters were dispatched Thursday to tackle the blaze in the mountains and another raging further north in the national park of Alvao, where 2,000 hectares (4,900 acres) of pine forest have already been destroyed, according to the local mayor.
Credit: PATRICIA DE MELO MOREIRA
Share

More than 2,000 firefighters and 250 vehicles have been trying to put out some 11 fires in the region. Residents of Santiago do Caramulo spent Thursday night and Friday morning helping to douse the fires around their homes.

"Nothing like this has happened in the past 80 years," said one local resident. "I can't remember ever seeing such a fire."