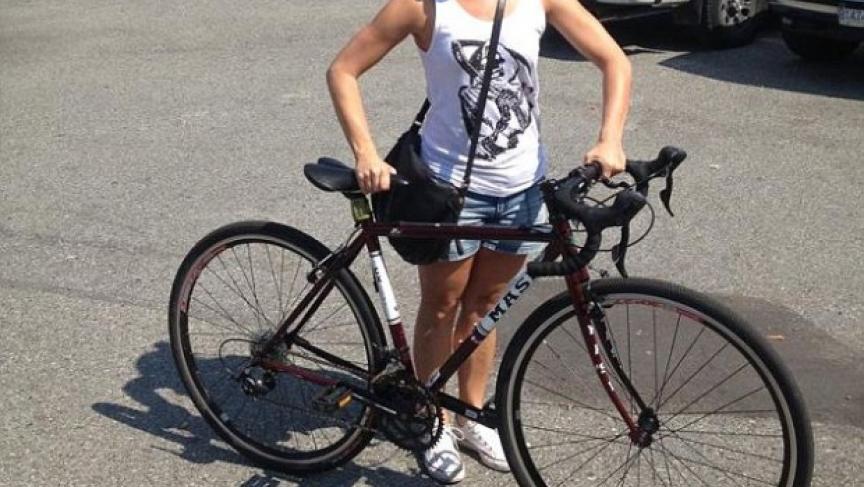 A city that prides itself on being one of Canada's most bicycle friendly cities figures in today's Geo Quiz.

Vancouver's got picturesque views of the North Shore Mountains, and dedicated bike lanes.

And it's got a city park bigger than NYC's Central Park.

So we want you to name this park that shares its name with a National Hockey League trophy.

And as bike friendly as it may be, police report nearly 1700 bicycles were stolen last year in Vancouver.

"Pretty much I locked up my bike at my friends place and came back later that night and the bike and the lock were completely gone and missing, so I came home, cried my eyes out and posted on Facebook that I hoped that he would get runover by a flatbed truck because Karma is not fun. I woke up the next morning and my girlfriend Jen called me up and she was like, "Dude, I think I see you bike on Craigslist!"

Well what would you do if you spotted your stolen bike advertised on Craigslist?

Something to ponder…as you try to answer our quiz.
First the answer: It's Stanley Park in Vancouver.

Back now to the story of Kayla Smith, a bartender in Vancouver. The other day her $1000 dollar Masi road bike was stolen.

She told the CBC that the next day her friend spotted it online, posted for sale on Craigslist. She immediately recognized her stickers on the bike and her custom hand brakes.

So it's worth asking: what would you do if you spotted your stolen bike posted online?

Here' s what the some of our Geo Text game players had to say:

"Contact the police immediately!"Doug in Pine Point, ME
"Call the cops!" Rachel in Rowlett, TX
"Call the Mounties for a sting operation!"Von in Provo, UT
"Arrange to buy the bike and Bust Em'!"Darcy in Coronado, CA "Call the police! It happens all the time in St. Louis" Rachel,MO
"Operation "Out Craig the Craig's List stealer! Phase 1: have friend set up meeting to buy bike. Phase 2: dress in black stealth gear and set up ambush at given place. Phase 3: during meeting have friend distract criminal while you slowly tip-toe away with tour bike. Phase 4: Repost your bike on Craigslist but this time with a picture of you and a big smile! Joshua in Kalaeloa, Hawaii

Take a listen to what Kayla Smith actually did when she had what she says was her one split second chance to get her bike back:

"I love her chutzpah!" Alix, Portland, OR
"I would have done the same thing." Mike, Washington

(Her helmet and lock are still missing. Note to thieves: watch out.)