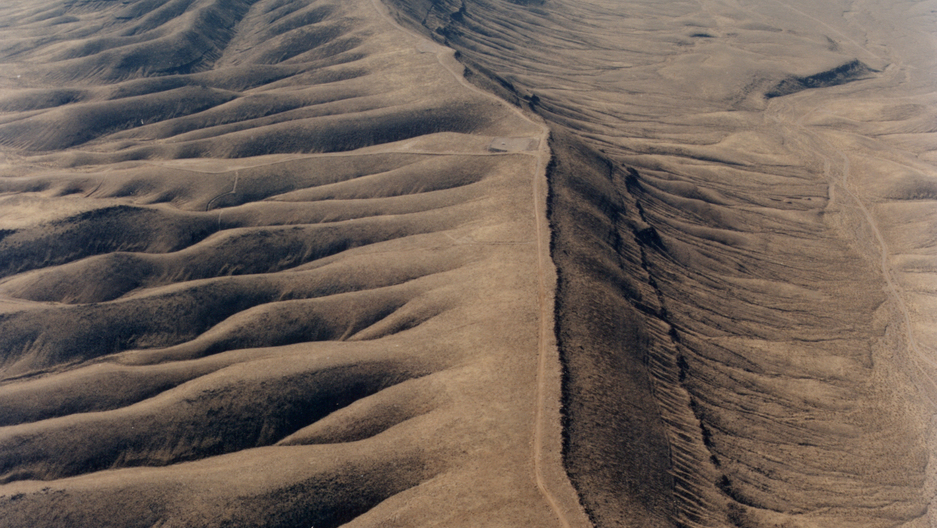 Yucca Mountain in Nevada was supposed to be the long-term storage for America's nuclear waste. (Photo courtesy of the U.S. Department of Energy.)

It’s been two and a half years since a tsunami severely damaged the Fukushima nuclear power complex in Japan and authorities are still struggling to contain the radioactivity from the related meltdown.

Now they are reporting some 300 tons of highly contaminated water has leaked into the ground, prompting them to issue the gravest warning since the early days of the disaster. In the United States, there's no urgent disaster, but there is the still-unsettled question of where U.S. radioactive waste will be stored.

Back in the 1980s, Yucca Mountain in Nevada was chosen as the nation's nuclear waste dump, but widespread resistance has stalled the project. The waste is still with us, though, and Ed Lyman, the nuclear expert at the Union of Concerned Scientists says that's a problem.

Back then, Lyman says, the Department of Energy was supposed to collect all of the radioactive waste by 1998. But that hasn't happened — and it's not going to happen any time soon.

With Yucca seemingly off the table, the government is starting over to find a permanent disposal site.

"But what they’ve said is that the process that chose Yucca Mountain in the first place was so fatally flawed that we need to take lessons from that experience moving forward," Lyman said. "When the law was passed, Nevada was a very politically weak state, and the other states simply ganged up on and said you have to take this repository. Well, that didn’t work so well, and now the tables have turned with Senator Harry Reid as the most powerful person in the Senate."

The problem, Lyman says, is how do you find a politically and technically equitable solution that secures this waste for hundreds of thousands of years.

But as that goes on, nuclear wastes continue to pile up, at the approximately 60 operating nuclear plants, at the decommissioned nuclear plants and at other places around the country.

"Most of the spent fuel is stored in swimming pool type structures called spent fuel pools," Lyman said. "These are concrete, steel-lined pools filled with water, and the fuel is submerged under there. However, many of these pools have been overstuffed over the years because there’s been no place to send them."

Beyond just being overstuffed — far beyond what they were originally designed for — they also represent a security risk, he added.

"If there’s an event that causes a rapid loss of water from a pool, like a large earthquake or even a terrorist attack that could breach the pool liner," Lyman said. "If the water level goes below the tops of the fuel assemblies, then there’s a potential that they could heat up and actually catch fire."

And if that were to happen, there could be a catastrophic release of radioactivity. Eventually, spent fuel can be stored in what's called a dry cask, which doesn't have the risk of fire, but those have to be stored somewhere stable and secure as well.

"In the event of a fire in a spent fuel pool, you could actually have a larger release of Cesium 137 than we saw even during the Fukushima disaster," he said. "And we could actually cover an area of probably hundreds of square miles with contamination."

In the meantime, a group of Senators have proposed creating a new entity to manage nuclear waste, and to find a new long-term storage site for all of the country's nuclear waste.