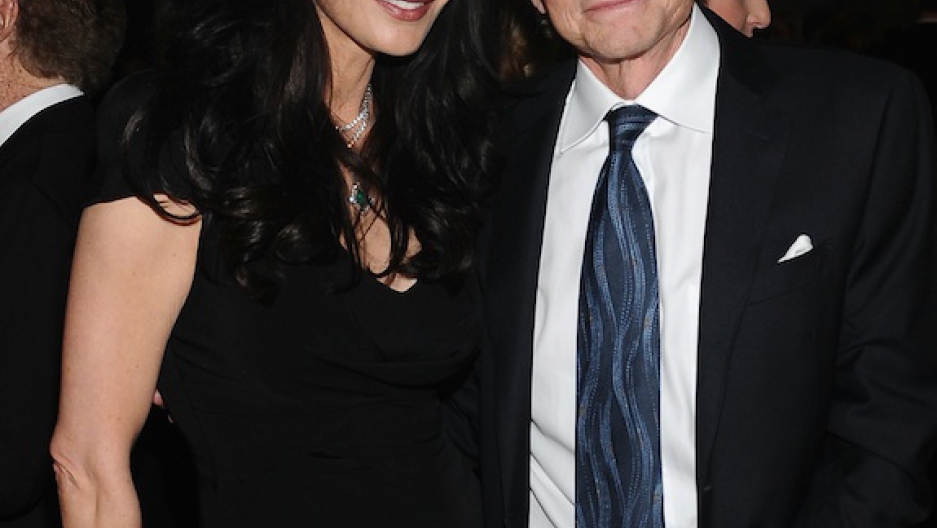 This photo of Michael Douglas and Catherine Zeta-Jones taken on April 22 at the Film Society of Lincoln Center's 40th Chaplin Award Gala in New York City was the last time the couple was photographed together.
Credit: Stefanie Keenan
Share

Thirteen years after saying "I do," Hollywood couple Michael Douglas and Catherine Zeta-Jones are taking a break from their marriage.

"Catherine and Michael are taking some time apart to evaluate and work on their marriage," a representative for the actress said in a statement Wednesday.

Douglas, 68, and Zeta-Jones, 43, have not been photographed at each other’s side since April 22.

They decided to separate in May.

The couple’s marriage has reportedly been strained by serious illnesses -- Douglas has been battling throat cancer and Zeta-Jones has been receiving treatment for bipolar II disorder.

Douglas’s comments earlier this year that his cancer was caused by the human papilloma virus, HPV, which he says was transmitted to him via oral sex, probably didn’t help their relationship.

It is too early to say if the couple, who have two children together, are heading to Splitsville.

Neither of them has filed for divorce or legal separation, suggesting there is still hope for reconciliation.