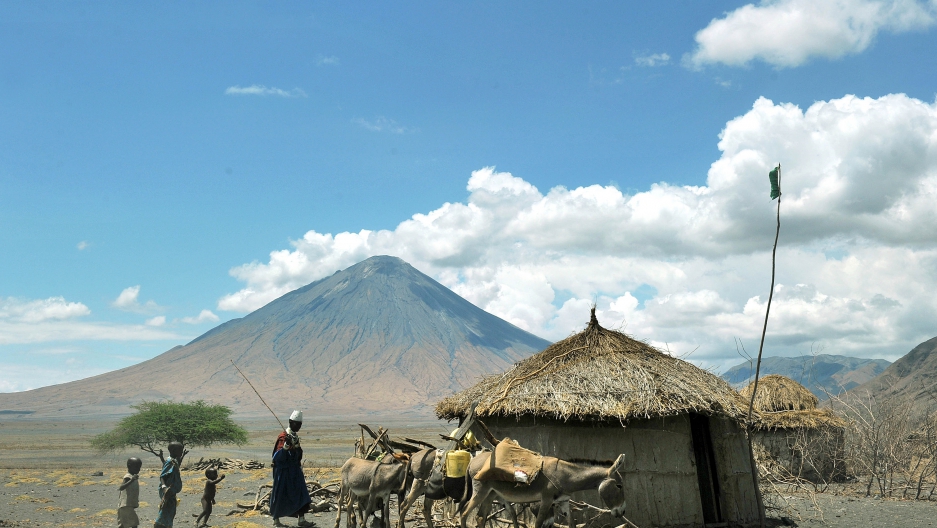 A man walks with donkeys on September 30, 2011 in the Tanzanian village called Maasai village, at the foot of El-Donyo Lengai.
Credit: TONY KARUMBA
Share

Less than 24 hours after Human Rights Watch published a report on the thousands of children as young as 8 years old who work under dangerous conditions in the Tanzanian gold mining industry, the Tanzanian government said it was dedicated to ending child labor in small-scale gold mines.

"Child labor is a serious problem in small-scale mines," Tanzania's deputy energy and minerals minister, Stephen Masele, told Reuters. "More advocacy is needed to ensure parents understand the importance of education for their children. We have been carrying out frequent surprise inspections at mines to crack down on this problem."

But despite Tanzania having strong anti-child labor laws, and while the government has pledged to fix the problem, HRW said it is not doing enough to properly enforce the laws.

"On paper, Tanzania has strong laws prohibiting child labour in mining, but the government has done far too little to enforce them," said Janine Morna, an HRW researcher. "Labour inspectors need to visit both licensed and unlicensed mines regularly and ensure employers face sanctions for using child labour.”

Thousands of children "dig and drill in deep, unstable pits" in informal mines, according to the report titled “Toxic Toil,” working underground for up to 24 hours straight.

For the girls who live around the “small-scale mines,” sexual harassment has become common, and the pressure to become prostitutes has intensified.

Apart from the danger of working under unstable ground, the most dangerous part of the children’s work comes from the use of mercury.

The method by which the children extract the gold from raw ore involves burning mercury—forcing the children to inhale the poisonous fumes, sometimes in their own homes.

"Tanzanian boys and girls are lured to the gold mines in the hopes of a better life, but find themselves stuck in a dead-end cycle of danger and despair," Janine Morna, HRW’s children expert said.

"Thousands of children work in licensed and unlicensed small-scale gold mines in Tanzania," said the report, which was based on visits to 11 sites across the east African nation.

Tanzania’s gold industry is the fourth largest on the African continent. Gold is also the “top foreign exchange earner for the country, with exports topping $1.8 billion in the first six months of 2013, according to the central bank,” with the highest number of exported goods going to the United Arab Emirates, Britain, China, South Africa and Switzerland.

The report also deemed the employment of children in mines as “one of the worst forms of child labor under international agreements, to which Tanzania is a party.”

A $5 million World Bank project supporting the country’s mining sector, the report made a point to note, “does not directly address the problem of child labor.”

The United Nations Environment Program last year assessed that there are between 500,000 and 1.5 million Tanzanians working in both licensed and unlicensed mines.