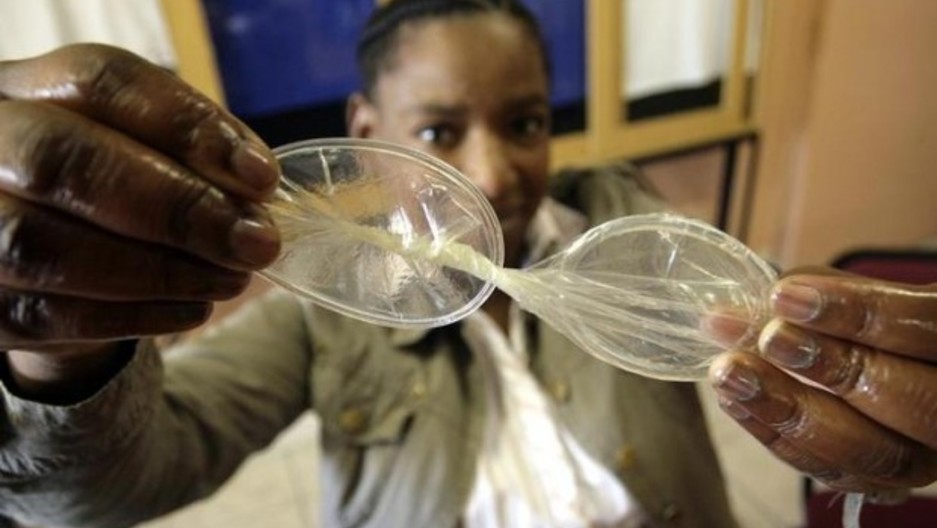 On Monday, teachers at COSAT got together for a special staff meeting. The goal was to develop a set of policies around HIV/AIDS that are specific to COSAT and draw on national guidelines.

The meeting was led by Zoe Bikwana, an English and Life Orientation teacher who is new to COSAT. She heads a recently formed teachers’ committee that is looking at the school’s policies and practices around HIV.

Much of the meeting focused on clarifying what teachers must do in certain situations, by law. For example, if a student discloses that he or she is HIV-positive, teachers must not share that information with other teachers or students. Instructors cannot refuse to teach a student who is HIV-positive. These kinds of rules are black and white.

But other areas are gray.

Ms. Bikwana noted that, according to national guidelines, schools must “implement universal precautions to eliminate risk of transmission.” For example, if a student – any student – gets injured while playing a sport and begins bleeding, teachers or coaches must keep other students away and must use rubber gloves while treating the one who is injured.

But what else might be considered a universal precaution? “Condoms are an important way of stopping transmission,” Ms. Bikwana said. “So do we think COSAT should distribute free condoms?”

Technically, schools have the right to do so, if the school’s governing board – a committee of teachers, parents, and community members – agrees. But at the Monday teachers’ meeting, there wasn’t a lot of support for the idea.

“I don’t think that will really help the problem,” one teacher said. “Condoms are already available everywhere in South Africa – at health clinics, shops, grocery stores – so if kids aren’t using them, it’s because they don’t want to, not because they don’t have access.” Several other teachers agreed.

The meeting ended, and Ms. Bikwana encouraged teachers to continue thinking about the issue, and how COSAT might tailor its policies. Afterward, I asked Ms. Bikwana if she thought the school should give out free condoms.

“It’s a tough one,” she said, looking genuinely perplexed. “But if I had to choose, I’d say no – I just think it sends the wrong message to students about how they should behave and about what our purpose is as a school.” She said she wasn’t aware of any public schools in Cape Town that did give out condoms. But she wanted to raise the issue at the next school governing board meeting so that others might weigh in.

No matter what, she said, the important thing is to keep these conversations happening. “By having these discussions with teachers, parents, and students, we’re keeping HIV in people’s minds, and that helps protect people,” she said. “Reminding people that infections are still happening – it puts that fear in people.”