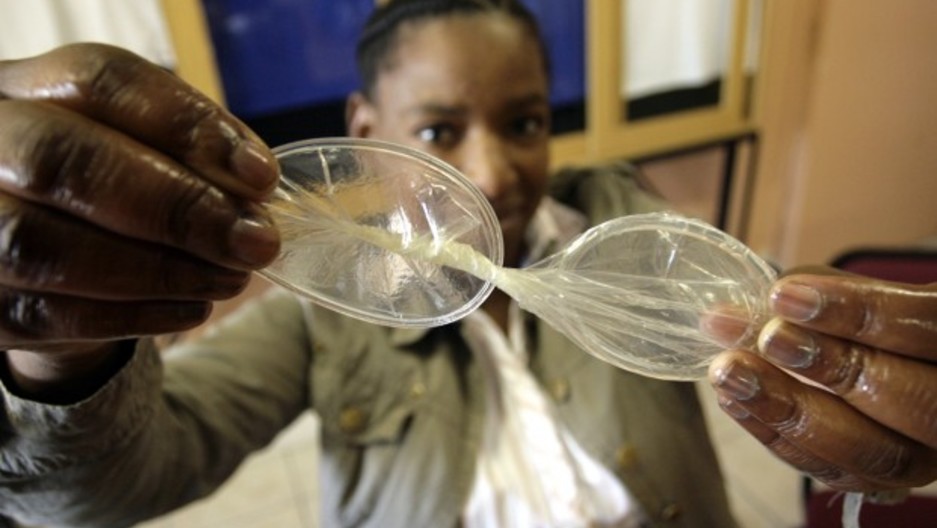 South African activist Noxolo Bunu demonstrates using a female condom at the offices of the Treatment Action Campaign in Khayelitsha, near Cape Town, March 19, 2009. A Vatican document coinciding with Pope Benedict's trip to Africa says "outside forces" are complicit with corrupt leaders to fuel wars, traffic weapons and back politicians irrespective of human rights and democracy. The document on Africa was released on Thursday, three days into his trip as the Vatican was still trying to contain the damage from his comments on the use of condoms to fight AIDS. REUTERS/Rogan Ward (SOUTH AFRICA SOCIETY HEALTH IMAGE OF THE DAY TOP PICTURE) - RTXCYY6

Share
Sexual attitudes are changing in South Africa. But there remains challenges in family planning and disease prevention. Anchor Marco Werman talks with reporter Poppy Louw from The Times newspaper in Johannesburg about those challenges.