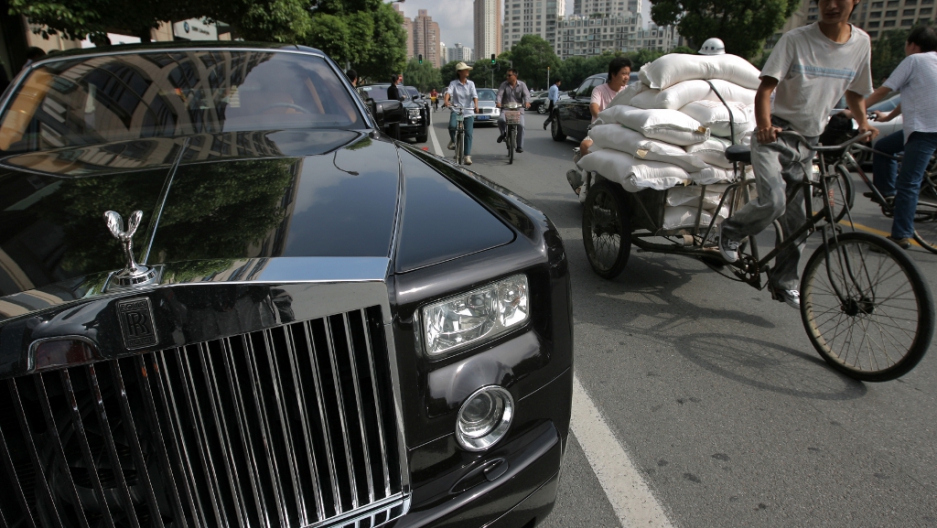 HONG KONG — Every new generation of nouveaux riches has its vices.

Nineteenth-century American industrialists were fond of marrying European royalty. In the 1980s, Japanese millionaires got their kicks from buying Rockefeller Center. In recent decades, Emirati princes have shown a predilection for building vast indoor snow machines.

The country’s newly-minted millionaires are second to none in their unusual tastes. Here’s a guide to some of the strangest vices preferred by China’s new super-rich.

Earlier this summer, Chinese social media erupted after a report in Southern Metropolitan newspaper claimed that rich adults had taken to hiring wet nurses not simply to feed their babies — but also themselves.

“Adult [clients] can drink it directly through breastfeeding, or they can always drink it from a breast pump if they feel embarrassed,” the owner of the wet-nurse agency in Shenzhen reportedly said.

At $2,600 a month, the suckling service does not come cheap, but to wealthy clients who believe that breast milk grants enormous health benefits, it’s apparently worth it.

While the company has subsequently denied the report (and GlobalPost tried and failed to confirm it), the queasy feeling remains: some people just never got weaned.

Think of it as a substitute for Viagra — but more expensive, less effective, wildly unethical, downright illegal, and dangerous to the future of a charismatic species.

In China and across Southeast Asia, dried tiger member is still believed to be a potent sexual medicine for men, despite a notable lack of empirical evidence. Poaching bans and modern medicine have dented demand only modestly.

Though eating the phallus of an endangered cat may not sound appetizing, tiger penis soup can command up to $300 a bowl. You want the whole shebang, so to speak? That’ll cost you $5,000.

Hollywood celebrities have their psychics and gurus. Wealthy Chinese have their qigong masters — at least until the Communist Party cracks down.

In a country that remains officially atheist, qigong masters at their best offer spiritual guidance to an elite looking for deeper beliefs.

At their worst, they’re something close to charlatans.

Just last week, one of the more famous qigong masters, Wang Lin, fled China for Hong Kong when state-run media began denouncing him as a “vulgar magician,” spurring rumors of an imminent arrest.

Wang had amassed a fortune thanks to followers that included a who’s-who of China’s rich and famous: Jackie Chan, Jet Li, Internet tycoon Jack Ma, several high-ranking Communist Party officials. Wang claimed that he could cure cancer, conjure snakes, and steer his car handlessly, among other things.

The fees for a qigong master can be steep. One Chinese businessman claims he paid Wang millions of yuan to learn his secrets, but only got a mattress, a book, and a whole lot of disappointment.

They’d be just as well off swallowing their toenail trimmings, but that hasn’t stopped China’s well-heeled from paying loads to eat rhino horn.

For centuries, Chinese traditional medicine has seen rhino horn as a rare and powerful remedy for inflammation and fever. In reality, the horn is simply compressed hair and keratin — which is what fingernail is made of.

It has zero medical effect.

Nevertheless, China’s newly rich pay up to $30,000 a pound for the stuff, leading to a furious rise in rhino poaching across Africa and Asia. (In Vietnam, the elite use rhino horn as a party drug and hangover cure.)

While the Chinese government has started to crack down on smuggling, the toll on rhino populations is already harsh. More than 668 rhinos were poached in South Africa in 2012, up roughly 3000 percent since 2007.

To the uninitiated, the first sip of baijiu — a highly alcoholic liquor distilled from sorghum — tastes a bit like rubbing alcohol mixed with motor oil.

Frequently referred to as “China’s national drink,” Moutai baijiu is China’s most expensive, and most prestigious, domestic spirit. It is the preferred drink of the elite, accompanying official banquets and business deals.

As a result, the price has inflated radically over the last decade. Ten years ago, a bottle could be bought for $30. Now it runs from about $300 to over a million dollars. Last year, a 1980 vintage sold for $1.3 million at auction.

It’s not exactly performance enhancing, but it gets the message across. That message being: I’m very, very rich.

Yes, the latest and greatest way for China’s most flamboyant rich to outdo one another is to encase their luxury cars in solid gold.