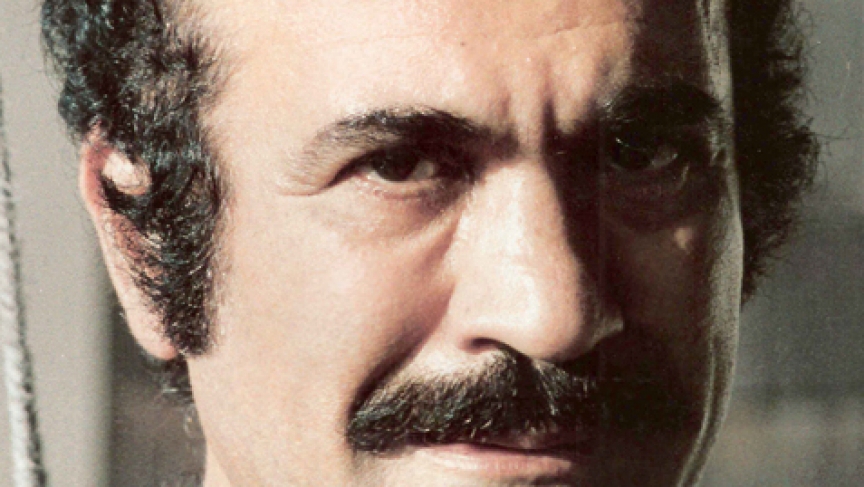 Share
The rules for performance these days are so onerous in Iran–women can't appear before male audiences. The government monitors what musicians say, and so on. It's hard to remember that before the 1979 revolution, anyone could make music there. Including a gay academic. It may throw you that an Iranian pop star turned "Fiddler on the Roof" into a hit in his country. Don't be confused: that melody is a common theme in the Mideast and through Eastern Europe. What really distinguished this singer Fereidoon Farrokhzad was his stature in Iran's music business in the late 60s and early 70s Farrokhzad was an openly gay political scientist. He was a poet, and a popular TV variety show host who launched the careers of several of Iran's most famous singers. After the revolution, life became difficult. He was prosecuted and put in jail, and when he was released, he fled to Germany. There he began producing a radio program opposing the Iranian revolution. In 1992, Farrokhzad was found stabbed to death in his home in Bonn. Many Iranians believe to this day that their government was responsible. Thanks to the always-adventurous record label Vampisoul, you can still hear Farrokhzad and explore the diversity of this now distant and exciting period of Iran's music history. The collection is called "Rangarang: Pre-Revolutionary Iranian Pop." The collection includes Iran's famous diva, Googoosh. She's still alive and performing from time to time.