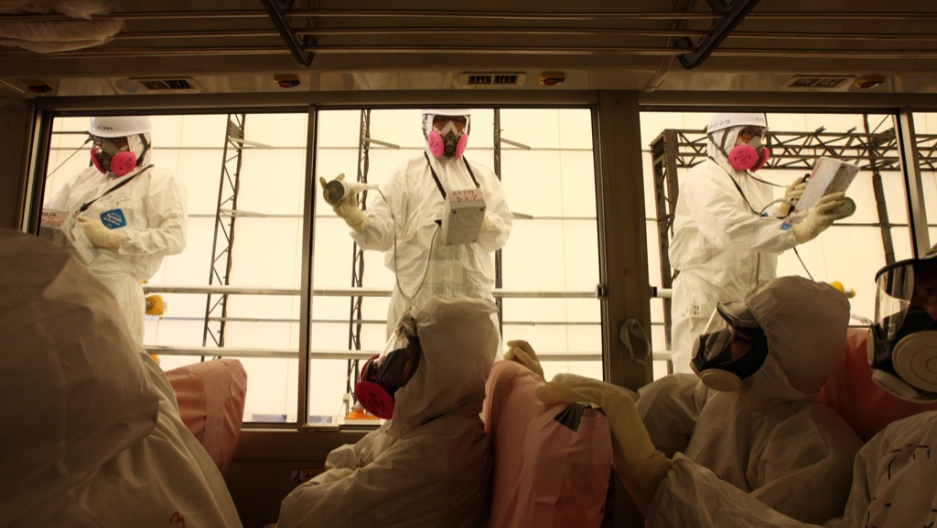 Workers carry out radiation screening on a bus for a media tour at Tokyo Electric Power Co.'s (Tepco) Fukushima Dai-Ichi nuclear power plant in Okuma Town, Fukushima Prefecture on May 26, 2012. An independent panel investigating last year's accident at the plant blamed the disaster on collusion between the government, the facility's operator and regulators Thursday.
Credit: TOMOHIRO OHSUMI
Share

Japan has issued its most serious alert since the 2011 earthquake and tsunami that crippled the Fukushima power plant, as radioactive water continues to seep from the facility.

Fukushima's operator said Tuesday that contaminated water had leaked from one of its storage tanks and into the ground. According to Tokyo Electric Power Company (Tepco), the leak was discovered by an employee on Monday, the BBC reported.

The release of 300 tons of highly radioactive water was initially classed as a level-one incident, the second lowest level on the International Nuclear and Radiological Event Scale (Ines).

However, the alert level has since been raised to a three, which is classified as a "serious incident."

As the water leaked on and with the possibility of heavy rain, plant workers rushed on Monday to put sandbags around the tank in order to stop the leak spreading, The New York Times said.

Tepco said that the contaminated water that had already seeped into the ground could eventually reach the ocean, where there are already several tons of radioactive fluids that came from the plant.

The latest leak, which is separate from others reported in recent weeks, has such high levels of radiation that a person standing half a meter away from the area would receive a dose of radiation five times the usual annual global limit for those working in the nuclear industry, Reuters reported.

Someone within that same proximity to the leak would develop radiation sickness after 10 hours. Symptoms include nausea and a drop in white blood cells.

Monday's incident came days after Tepco reported that as much as 300 tons of contaminated water was leaking from the plant and into the ocean every day.