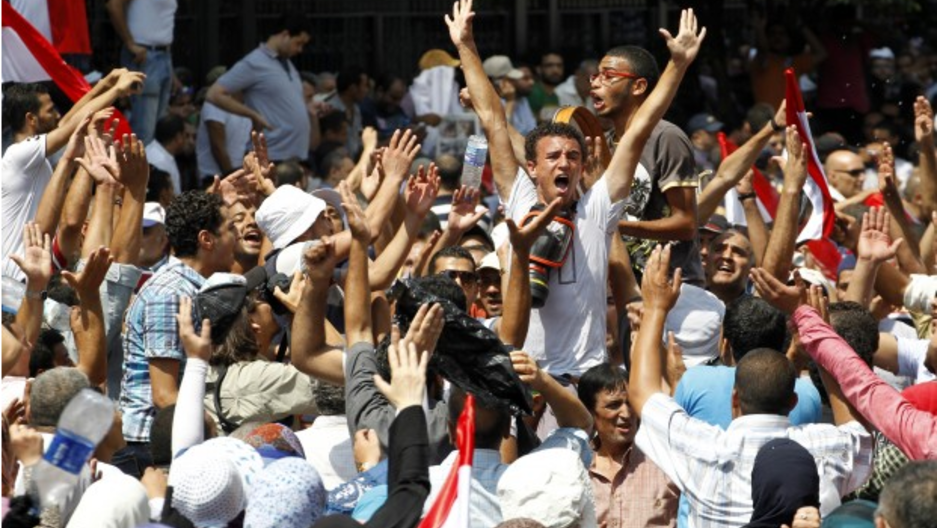 Before the Arab Spring began two years ago, presidencies in the Middle East were marked by extended periods of rule and monarchical styles of control.

But a wave of demonstrations, first in Tunisia and Egypt and later elsewhere in the Middle East, have disrupted the old regimes.

Now, Egypt is once more left to reckon with a deposed ruler and an unsettled populace, and a shocking onslaught of violence has left scores dead and many more wounded.

President Obama spoke to reporters on Aug. 15 about the White House’s response to Egyptian military's killing of more than 500 protesters affiliated with the Muslim Brotherhood.

"We want Egypt to succeed," he said. "We want a peaceful, democratic, prosperous Egypt. That's our interest. But to achieve that, the Egyptians are going to have to do the work."

The question now for Egypt is whether the most recent scenes of violence marked a beginning or an end to the conflict between the military forces and the Muslim Brotherhood. The recent violent events and apparent disregard for the Muslim Brotherhood has some experts expecting things to get worse.

"I don't see positive signs at the moment at all. I see an infernal, implacable logic of confrontation and violence," said Roberts. "It does look as if the Egyptian army is intent on eradicating, to use a term borrowed from the Algerian context, the Islamists who are resisting them."

However, the Algerian example is not perfect and may only predict a continuation but no the length of the conflict in Egypt.

"The main difference between the two cases is there's no tradition of rural guerrilla warfare in Egypt, which is a central tradition in Algeria. It's the tradition of the Algerian revolution," Roberts said.

The United States has approved $1.4 billion in aid to the Egyptian military for dispersal in October. Roberts said this aid has little influence, if any, over the military leaders who now hold power in Egypt.

"I think that a lot of people are massively overstating the degree of influence that that aid actually gives Washington. The aid is tied, in a sense. It's really a subsidy to the Egyptian army to buy its arms and equipment from American manufacturers," he said.

The Egyptian military's aggressive tactics and heavy use of violence have some questioning whether any amount of money could change the situation.

"The signs are at the moment that the military in Egypt are not interested in a deal, they're not interested in reconciliation, they seem to be playing double or quits and forcing the [Muslim] Brothers to take a similar attitude," Roberts said. "So the signs of today are that this is going to go on and get worse."